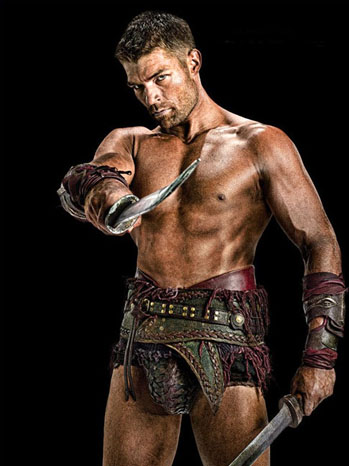 Gladiator shows or munera evolved out of a Roman religious ritual where slaves were forced to fight to the death at a funeral to honor the dead. By the first century they became part of larger multi-day religious celebrations (political theater) usually sponsored by local magistrates and might include plays, music, chariot racing, and other entertainments. By AD 354 gladiator fights declined to just 10 days out of 176 set aside for spectacles of various kinds in Rome.

Who fought in the arena? 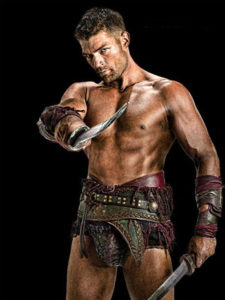 Gladiators—highly trained, brutal, professional fighters—headlined. They drew the crowds and fought in the afternoons. Most of these men (but not all) were slaves and criminals—the lowest of the low. They couldn’t even be buried with the nice folks and had their own cemeteries. Yet elite fighters were highly prized, fought only a few rounds a year, and if they fought well, and still lost, were usually allowed to live. Some rich dudes spent a lot of money training and supporting these top athletes and didn’t want their investment bleeding out on the sand. Upper class women arranged for private “meetings” with top gladiators and their masseuses did a brisk business in the sweat scraped off their bodies—many thought it a powerful aphrodisiac.

I would never fight one of these guys. I’m a woman and they wouldn’t lower themselves to take me on. If I ran out into the arena to attack them with sword or shield, the summa rudis (referee—yes every gladiator fight had one) would knock me over with his heavy stick and have an attendant drag me ignominiously off the sand. Yay—I live! (Unless the editor—giver of the games—is angry at the interruption, then he might condemn me to death in the arena and throw me in with the noxii (more on them below).

The same for the male tirones—the new recruits. They fought earlier in the day, before the champions. They had a much better chance of being killed because they were less skilled. If they lost and the crowd didn’t like them, they died. But they still wouldn’t fight a woman. The Romans as a society had a profound contempt for women, in general, and women who tried to exert influence or power, in particular. No tiro would touch me, so again, I live. 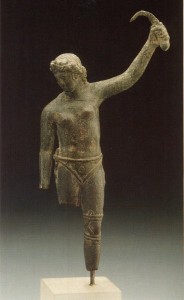 In the first century, Emperor Nero became more interested in seeing women fight in the arena. He accelerated a trend and some women (never in the same numbers as men) were trained and fought in the typical gladiatorial styles. Emperor Septimus Severus banned individual female contests in AD 200. Like their male counterparts, these women were mostly slaves, but there is literary evidence of noble born women joining their ranks. If I were trained with these women, I might have a slim chance as a tiro, but I’d never survive to be a champion. I’m average height for my generation which is 5’ 5” but they probably have barbarian slaves who might top out at 5’ 10” to 6 feet or taller. These women would be the cream of the physical crop and my modern average probably wouldn’t hold up. I fight a tiro, slim chance. I fight a champion, I die.

I could be trained as a beastiarius to fight animals in close combat—usually the late morning entertainment in the arena. Me hand to claw with a lion or bear? I die.

As a venetore—animal hunter—I would be stalking the animals from a distance with spears or bows and arrows. If I could build my strength and skill, I’d have a decent chance of surviving. However, I never excelled at games that required skill—swimming, biking, hiking-yes; basketball, tennis, pool-no. So it’s likely an animal will get past me and—you guessed it—I die. 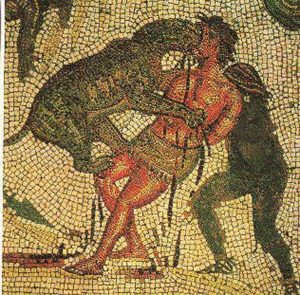 That leaves the noxii—literally “noxious ones.” These were the convicts, religious dissenters, and others condemned to death in the arena. These deaths were extravagant and ingenious so as to be entertaining. I would have no training to be a noxii. I might be killed in a mythological or battle reenactment in any number of grisly ways—dragged behind a chariot, drowned in a naval battle, hacked to pieces—you get the picture. Some noxii were forced to fight each other and gladiators came in to mop up the survivors.  Other noxii were covered with blood and set upon by hungry beasts (see Me vs. Lion above). In all cases, I die, unless…

Afra, my protagonist in Sword of the Gladiatrix comes up with an ingenious plan with a middle-aged matron, lame boy, demented old woman, blind soldier, and frail philosopher to survive a noxii beast hunt. You’ll have to check out the book to see how she does it. So if I can find a six-foot African huntress to partner up with, I might survive. Otherwise? I die.

The moral of the story?

I’m a much better writer than fighter.

Note: This post was first published at Hearts on Fire,