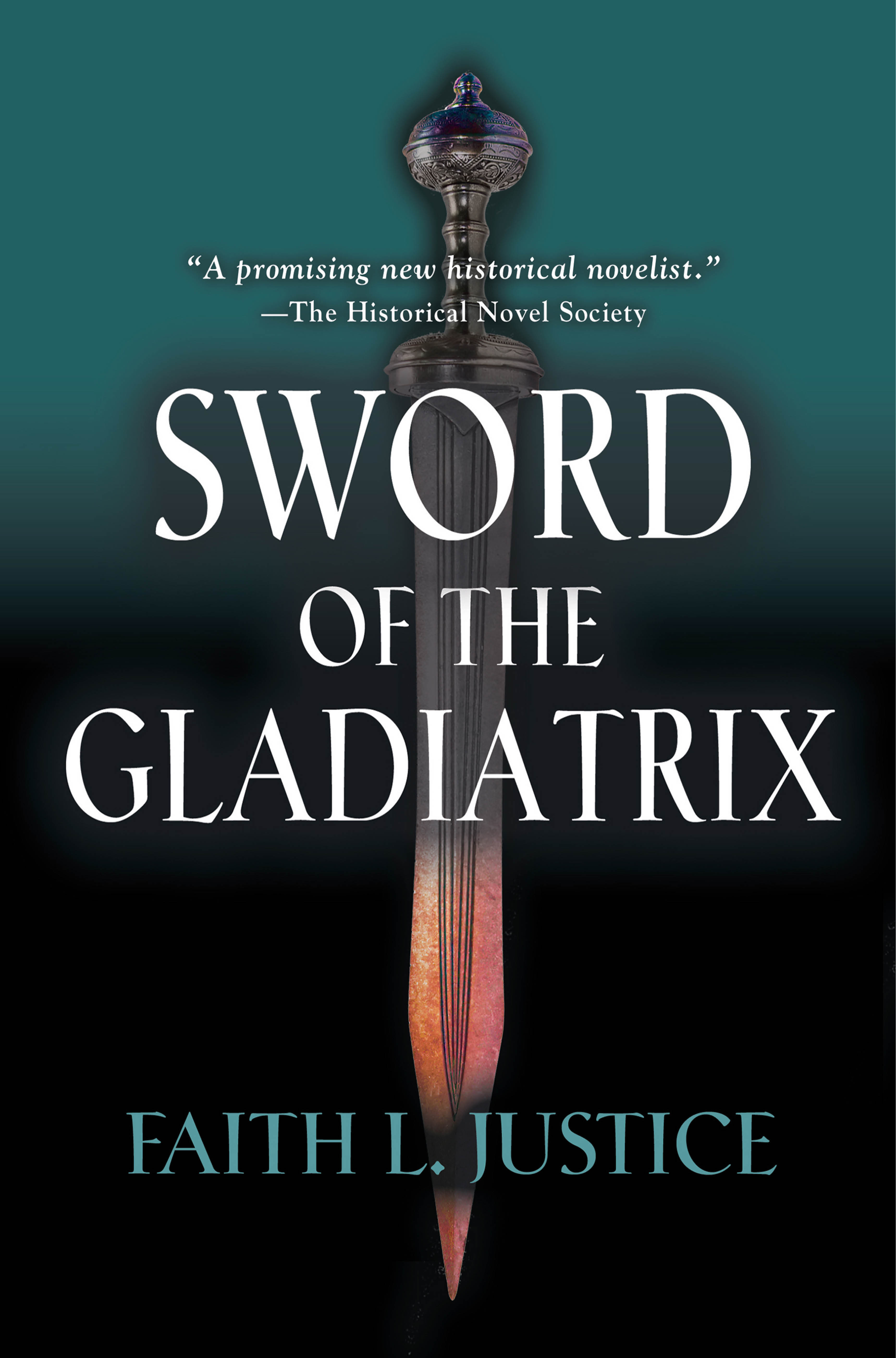 “Readers will care very much about both these women—fans of Roman historical fiction should not miss this title.”

“I was gripped by Faith’s great writing style – and hardly put it down until I reached the end…The two heroines of Sword of the Gladiatrix are memorable and original, and Faith has achieved the difficult challenge of making me care even about the minor characters.”

“Sword of the Gladiatrix is so compelling…. It’s one of those books I ignored life so I could read it. Now that I’ve finished it I’m just sitting here staring at a wall and all I can do is think about this book.”

An action-packed tale that exposes the brutal underside of Imperial Rome, Sword of the Gladiatrix brings to life unforgettable characters and exotic settings. From the far edges of the Empire, two women come to battle on the hot sands of the arena in Nero’s Rome: Afra, scout and beast master to the Queen of Kush; and Cinnia, warrior-bard and companion to Queen Boudica of the British Iceni. Enslaved, forced to fight for their lives and the Romans’ pleasure; they seek to replace lost friendship, love, and family in each other’s arms. But the Roman arena offers only two futures: the Gate of Life for the victors or the Gate of Death for the losers.

Sword of the Gladiatrix Research Bibliography

Buy hardback, trade paperback, or eBooks at these vendors

or ask at your local library.

Buy audio books (9 hr 40 min) at these vendors or ask at your local library.

Sale prices vary from Nook Audiobooks for $7.99 to Audible for $17.50. Prices listed here are not guarenteed as the vendors can change the price at will.