Prism Book Alliance pitched me the guest post topic: “If your character could only eat ten foods for the rest of her life, what would they be and why?” I was initially stumped then delighted. Historical fiction writers are notorious for their collections of arcana regarding food, clothing, religious practices, architecture, social mores, herb lore, etc. Using such details in our narratives is one of the ways we transport our readers to another time and place. My most recent book, Sword of the Gladiatrix, takes place in the first century and features two women from the far ends of the Roman Empire: Afra, a huntress from the Kingdom of Kush, and Cinnia, a warrior-bard of the rebellious Iceni tribe in Roman Britain. Both have very different cultures and diets compared to the Romans who enslave them, so let’s time travel! 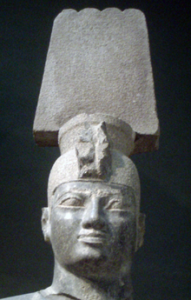 Kush (approximately the modern country of Sudan) was an ancient African nation that neighbored, traded with, and once ruled Egypt. It has a rich cultural history. My character Afra is a huntress for the Queen of Kush and has access to a variety of foods. We’ll start with the basics: bread, butter, and beer. According to the Roman geographer Strabo, “The Aethiopians [Kushites] live on millet and barley, from which they also make a drink; but instead of olive-oil they have butter and tallow. Neither do they have fruit trees, except a few date-palms in the royal gardens…[The Kushites] use meats, blood, milk and cheese.” Archaeology reveals evidence of various kinds of squash, beans, birds, cattle, sheep, goats, fish, and wild animals such as antelope in the Kushite diet.

Afra, can eat quite well on only ten foods prepared in a variety of ways. We’ll stipulate that our characters can use readily available spices such as salt (pepper is exotic and expensive) and local herbs such as parsley, mint, and rosemary. Her staple, like all of her people, is barley (1) bread which she eats with butter or cheese—milk (2) products. Barley also provides a delicious beer drunk by most Kushites and Egyptians. Nile water is filled with bacteria and parasites, so most people drink alcoholic beer and wine to avoid nasty diseases. If Afra wants something stronger she’ll drink date (3) wine. Dates are also used in a variety of desserts usually sweetened with honey (4) or eaten plain. Gotta have something sweet!

For vegetables Afra prefers green squash (5)—how many hundreds of recipes are there for zucchini?—and cucumbers (6). Beans (7) are a cheap and plentiful source of protein easily available in the market for a woman of modest means. For meat, Afra hunts for antelope (8) and wild geese (9) which she can provide for herself and sell or barter the excess in the market. Finally, no Kushite living along the Nile River can give up fish (10). They are easy to catch and can be made into a lovely fish sauce (today known as fasikh) to flavor other foods. 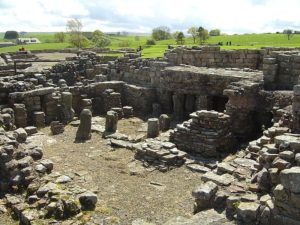 The Celtic tribes in Roman Britain, where my other protagonist Cinnia is from, also have a wide variety of food to choose from. This shopping list from a Roman fort at Vindolanda gives a hint of the domestic and imported foods available: “…bruised beans, two modii [modius=8.73 liters], chickens, twenty, a hundred apples, if you can find nice ones, a hundred or two hundred eggs, if they are for sale at a fair price…8 sextarii [sextarius=546 ml] of fish sauce…a modius of olives…” Cinnia travels with her father, a bard, during her childhood and the people he stays with provide their best food for so important a guest. She acquires a discerning palate. She eats the same foods as her village relatives, but prefers a more varied preparation with different spices and herbs. Restricting her to ten foods will be more of a hardship, but let’s give it a go.

Like Afra, Cinnia’s staple is barley (1) which she will eat as bread, porridge, gruel, barley cakes, and beer. She also likes milk (2) which she drinks and eats as butter and cheese. Grapes (3) are imported and more expensive, but as a child she loves popping them in her mouth fresh or sweetening her porridge with dried raisins during the long winter months. As an adult, Cinnia cultivates a fondness for wine, which she drinks undiluted in the barbarian style. She can’t pass an orchard without plucking a fresh apple (4), which can be dried for winter or cooked down into a sweet sauce. Leeks (5) flavor salads of cress (6) and cabbage (7) as well as stews and braised meats such as lamb (8) and pork (9). Of course, pork is wonderfully versatile. It’s made into bacon, ham, suckling pig, pork scratching (pig skin), and rendered for its fat and lard (all mentioned in the Vindolanda Tablets). When she can, Cinnia feasts on British oysters (10) but the Romans love them so much, they are sometimes scarce, making them a special treat.

Enslaved and forced to train and fight for the Romans, Afra and Cinnia have no choice in their plentiful, but monotonous, food. Gladiators eat a strict diet high in carbohydrates with a calcium supplement. The prime ingredient? You guessed it: barley (1). Contemporaries writing about gladiators call them hordearii—barley men—because their main meal is always barley and beans (2) cooked together to make a thick soup or pottage, probably seasoned with onions (3), leeks (4), and local herbs. They have all the barley bread they can eat, but the Romans haven’t caught on to brewing beer, so Afra and Cinnia drink a well-watered, vinegar-like, sour wine (5).

The result of this diet of simple carbs is…fat. Gladiators pack on the pounds of lard to protect muscles, nerves, and blood vessels. They take shallow cuts and survive—also a crowd pleaser. The calcium boost comes from disgusting brews of charred wood (I refuse to count this as a food) or bone ash (6) which results in much higher levels of bone calcium than in the general population. Afra misses meat in this diet, and Cinnia misses variety.

The only time Afra and Cinnia eat anything else is at the feasts given the night before they fight. The editor—person who pays for the games—throws a feast for “those who are about to die.” All their favorite dishes, plus lots of exotic Roman ones are served, but Afra and Cinnia eat and drink lightly. Citizens and bookies make the rounds of the feast and take note of the gladiators who over-indulge. They don’t want to bet on a bloated gladiator or one with a hangover!

I hope you’ve enjoyed our foodie time travel in the first century. If you want to explore more exotic Roman meals I recommend checking out Cooking and Dining in Imperial Rome by Apicius, Roman recipes collected over several centuries. Here’s an easy one for home-made sweets, if you want to give it a try:

“Take the stone from palm dates or ordinary dates and stuff them with nuts or pine nuts or ground pepper. Roll in salt, fry them in cooked honey and serve.”

Note: This post was originally published at Prism Book Alliance on June 24, 2015.