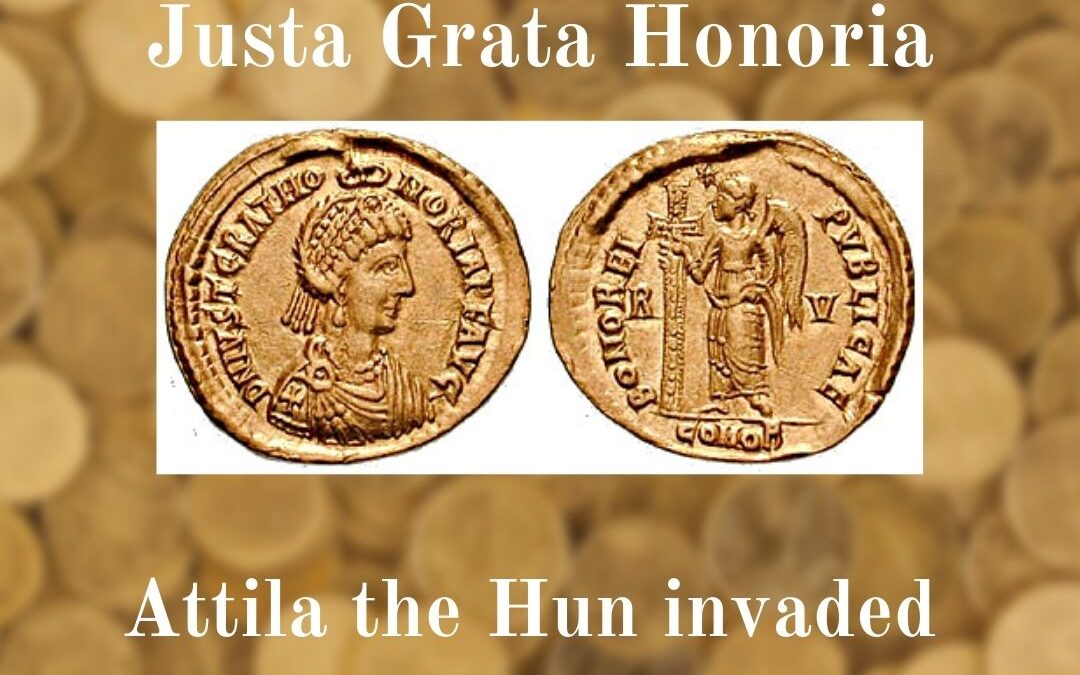 Attila the Hun invaded Rome for her hand. 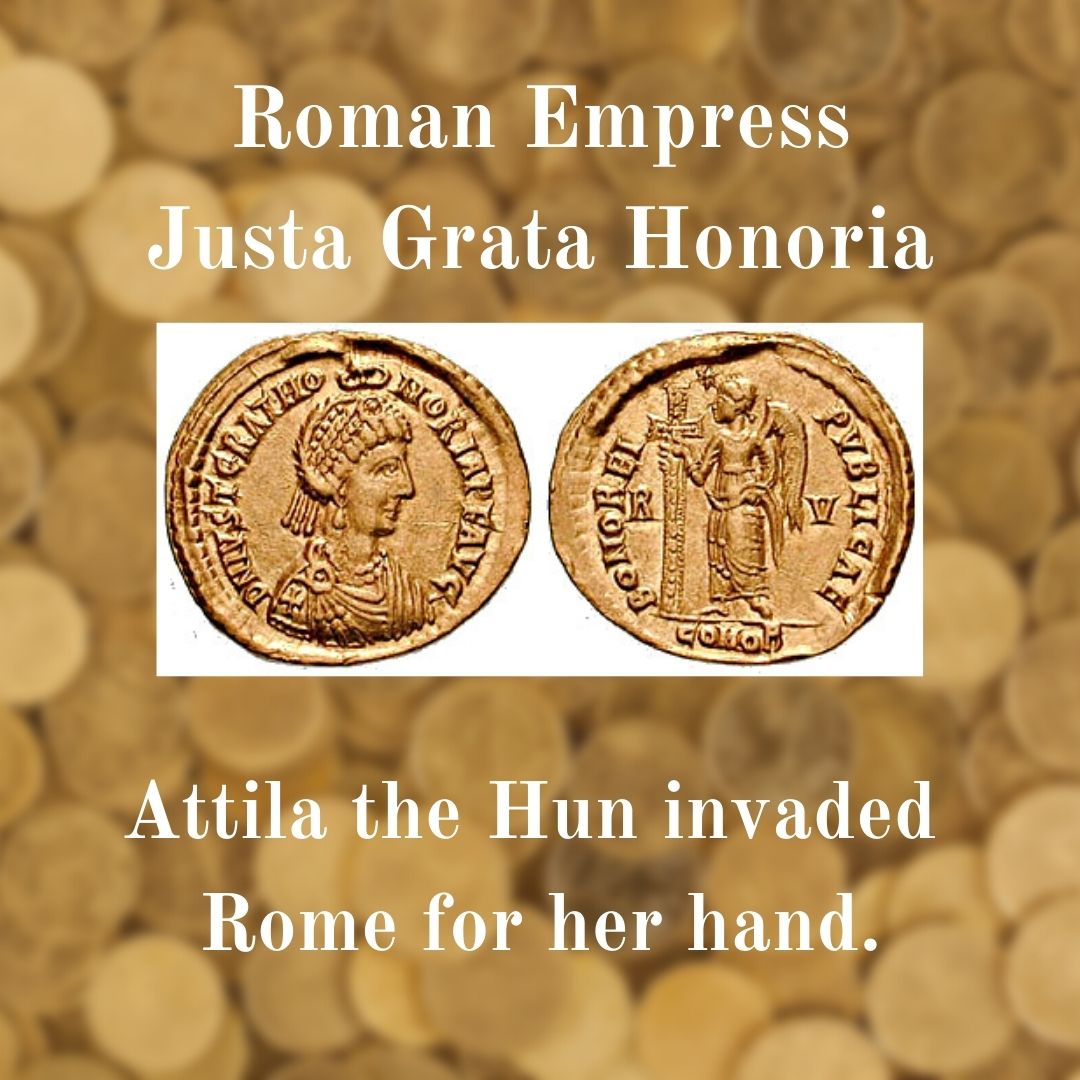 Empress Honoria is another of my favorite Theodosian Women. First born to Empress Placidia and Emperor Constantius III, she led a troubled life with a couple significant mysteries. She grew up in the shadow of her mother ruling in the West and with the example of her aunt Pulcheria ruling in the East. By all accounts she was intelligent, ambitious, beautiful, and probably bored and frustrated. She had to sit on the sidelines as her feckless younger brother Valentinian (guided by their mother Placidia) ruled the roost. Honoria was forbidden to marry because her spouse might be a threat to her brother—the same reason her cousins Pulcheria, Arcardia, and Marina (voluntarily) became celibate.

So what’s a rich bored girl to do? Honoria had an affair with her chamberlain Eugenius and likely got pregnant. Rumors that she conspired with her lover to overthrow her brother reached Valentinian. He had Eugenius executed, Honoria betrothed to a “safe” roman noble Herculanus Bassus, and shipped her off to Constantinople to live under the austere tutelage of Pulcheria and her chaste women. The child’s fate is unknown.

The historical mystery lies in when this happened. One ancient historian claims Honoria was only sixteen and she was exiled to Pulcheria’s court for fourteen years. Another seems to indicate she was thirty or thirty-one when sent to Constantinople and immediately engaged in a second treasonous act. Modern historians split on the dates. My personal preference is for the later date. It makes for a better story.

The scorned Empress Honoria did not go quietly into exile. In 450, she sent money and a ring to King Attila of the Huns asking for his assistance in preventing the hated marriage to Bassus. Attila claimed this was a proposal of marriage and demanded half of Western Rome as Honoria’s dowry. He threatened invasion on her behalf. Emperor Theodosius sent Honoria back to his cousin with the advice to hand her over to the Hunnish king and let her live out her days as one of his many wives.

Furious, Valentinian stripped Honoria of her titles and threatened execution. Only Placidia’s pleas saved her daughter’s life. Valentinian married her off to Bassus who kept her under close guard. He was rewarded with the 452 consulship. Attila continued to demand Honoria’s hand in marriage several times during the next two years, so we can assume she was still alive during that period.

Valentinian informed Attila that Honoria was married to another and that she had no portion of rule in the empire. However, the Hunnish King used that as an excuse (among others) to invade the Roman Empire. After destroying the city of Aquileia, the Huns fell victim to a plague and retreated. Attila died at his own wedding to another bride in 453

The second mystery is when and how Honoria died. There is no mention of her in the record after 452. She’s not among the imperial hostages taken by the Vandals in 455, so historians assume she died sometime between those dates. However, she wasn’t necessarily present in Rome during the sack. Bassus could have kept her in close confinement at a remote/rural property.

After Placidia’s death in late 450, Valentinian may have taken the opportunity to rid himself of his troublesome sister. Or Honoria might have died of natural causes anytime after 452. I proposed a more fanciful end for the wayward Empress Honoria in Twilight Empress. That’s the fun part of writing historical fiction–filling in the blanks.