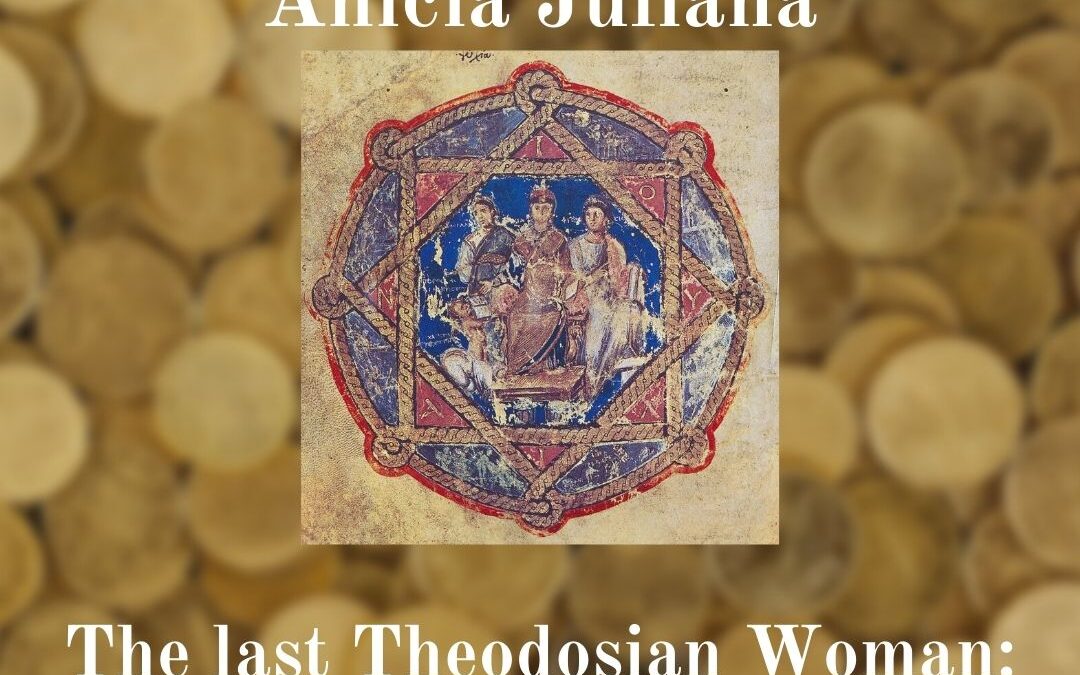 Patron of the arts. 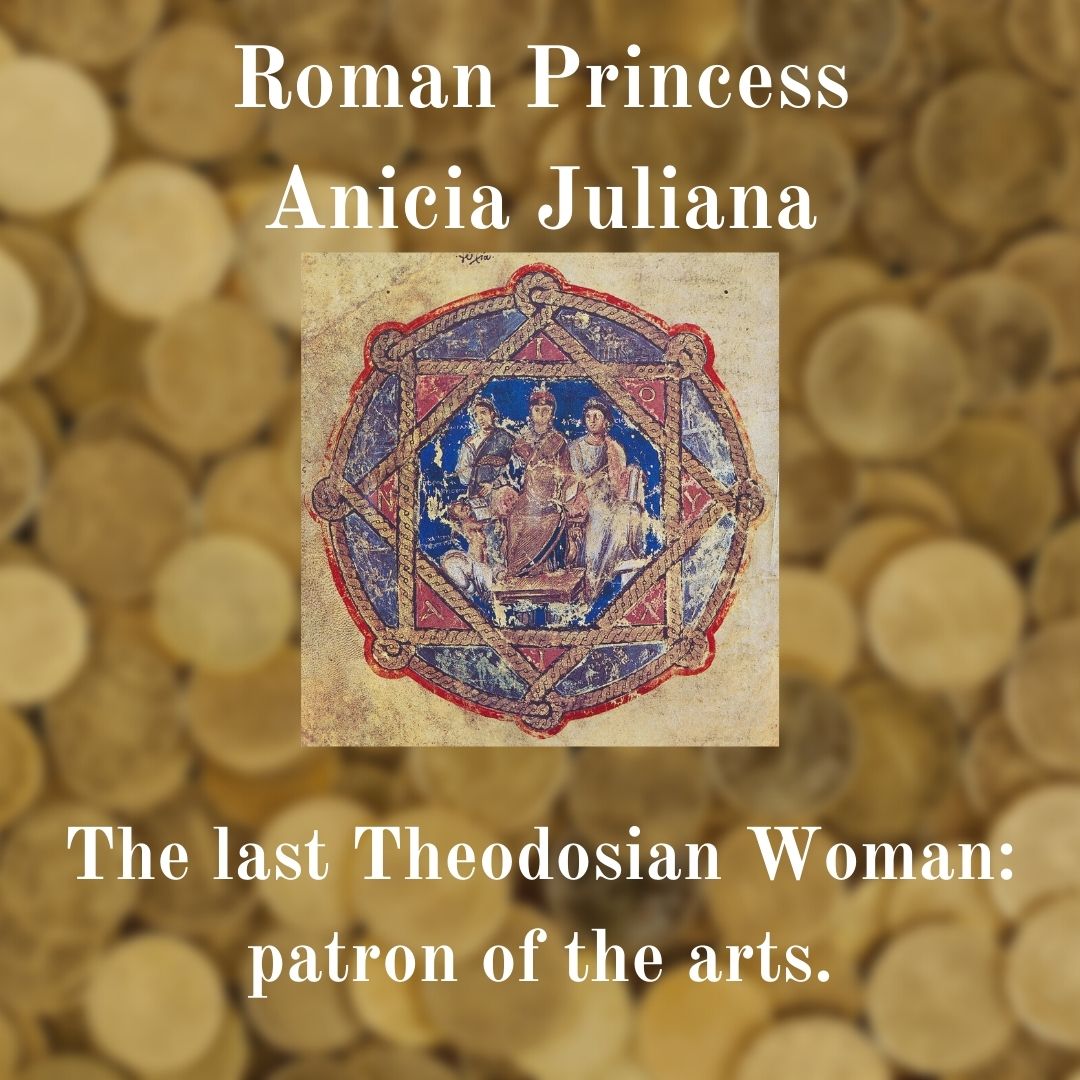 Today brings us to Princess Anicia Juliana, the last of my Theodosian Women. Although we don’t know if she ever received the title noblissima puella (“Most Noble Girl”—the Latin title closest to modern “princess”), she was the daughter of Emperor Ancius Olybrius and Empress Placidia the Younger. I consider her the last Theodosian because, even though her family continued through several generations among the nobility of the Eastern Constantinople court, Juliana and her descendants identified with her father’s ancient Roman family the Anicii rather than the upstart Theodosians from the provinces.

Born in the year after her mother and grandmother’s release from the Vandals, Juliana led a rich, comfortable, and privileged life. We can assume she was well-educated and grew up on family stories of barbarian invasions, assassinations, and family betrayals; which may have pushed her toward the arts rather than politics. Her father Olybrius died in office of natural causes when she was ten. Her mother Placidia the Younger passed when she was twenty-two and already married. But her grandmother Empress Licinia Eudoxia was there through her early marriage and motherhood, dying at the ripe old age of 71 when Juliana was thirty-three.

Juliana was considered one of the wealthiest and most aristocratic women of the Constantinople court. The source of her wealth came from both sides of the family. Theodosius provided well for his sons and daughter and the imperial members of the family accumulated additional properties and sources of income which came down to their sole surviving descendant Juliana. In addition, the Anicii were known from the time of the Roman Republic through late imperial times for producing men of distinction and power who held numerous titles such as consul and prefect in each generation–a legacy that was literally crowned with her father’s elevation to Emperor.

In other words, Juliana was a catch. The man who caught her had the impressive (and redundant) name Flavius Areobindus Dagalaiphus Areobindus. He was a general with a distinguished Gothic and Alan warrior lineage. They married in 478 and had a least one son named after his grandfather Anicius Olybrius. Juliana came close to imperial distinction—twice. During an urban riot in 512, her husband was proclaimed emperor, but he went into hiding (at the urging of Juliana?) to avoid being seen as a usurper. Her son Olybrius, the younger, married Emperor Anastasius I’s niece Irene and had imperial ambitions, but was passed over upon the emperor’s death when Justinian I took the diadem.

Juliana seemed to keep her head down in order to not have it cut off. She was best known as one of the first non-reigning female patrons of the arts, particularly in building churches and personally directing their style and adornment. This is noted in the oldest known surviving donor portrait (see image) in history: The Anicia Juliana Codex, an illuminated manuscript copy of Pedanius Dioscrides’ De Materia medica—one of the most lavishly illustrated manuscripts still in existence.

The illustration shows Juliana enthroned and surrounded by the personifications of Magnanimity and Prudence with a female labeled “Gratitude of the Arts” kissing her hand. The historian Theophanes Confessor dates the codex to 512 when the people of Hororatae gave Juliana the codex in gratitude for building a church dedicated to Theotokos (Mother of God) in their town. She died in 527/8 at age 65/66 ending the remarkable line of Theodosian women that stretched across six generations and nearly two centuries of turbulent Roman history.

Fun Fact: Juliana is the great granddaughter of Galla Placidia, my protagonist in Twilight Empress. Her husband is the great-grandson of General Aspar who helped Placidia take Western Rome back from a usurper after the death of her brother Honorius. In my story, Aspar has a crush on the charismatic Placidia which he doesn’t act on, but he publicly mourns her death in the companion book Dawn Empress. It tickles me that the actual descendants of these two people found each other and married.

Image of the donor portrait of Anicia Juliana is in the Public Domain, licensed through Creative Commons. https://commons.wikimedia.org/w/index.php?curid=95348025