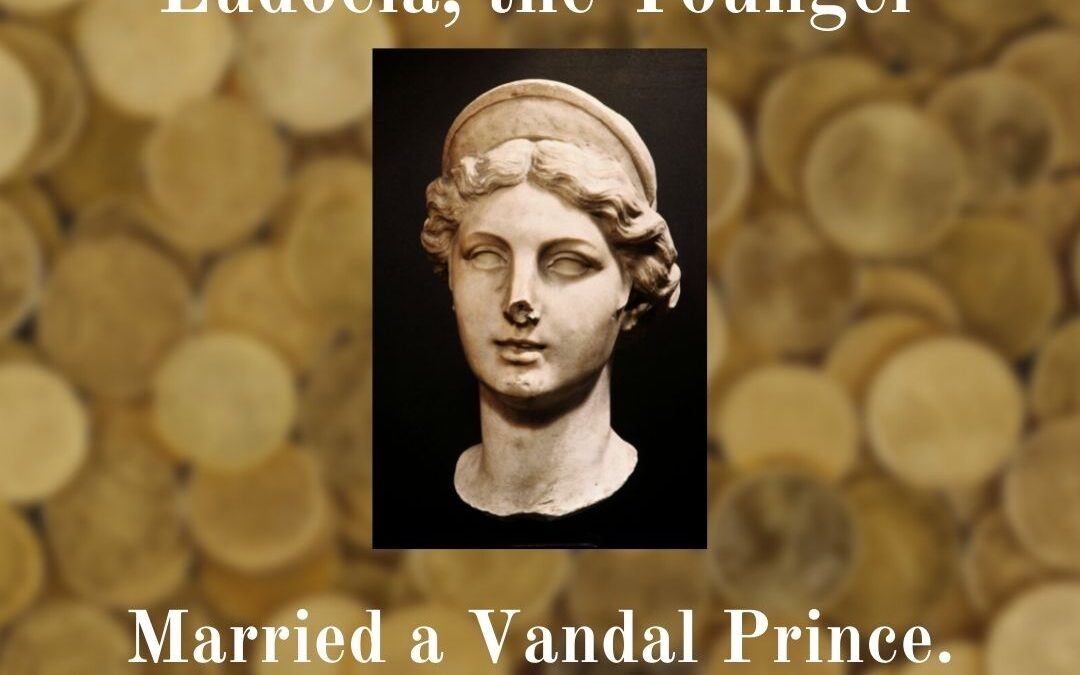 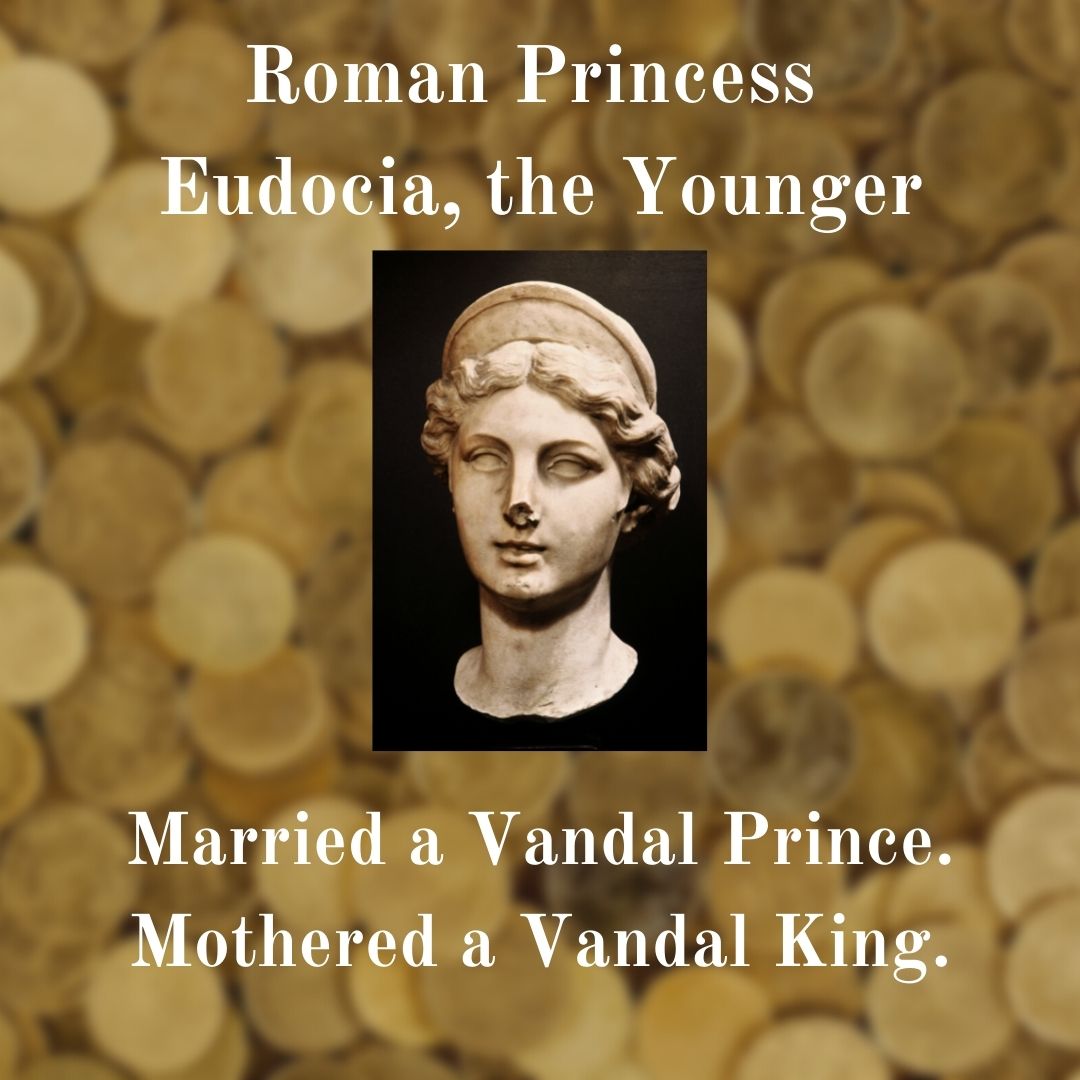 As we move into the fourth/fifth generation (things get complicated when cousins marry) of Theodosian Women, the warrior’s blood gets thin and the political capabilities get thinner. The eldest child of Valentinian III and Eudoxia followed more in the footsteps of the ineffective Empresses Maria and Thermantia than those of her formidable grandmothers Placidia and Athenais (aka Eudocia). Princess Eudocia’s future was traded away at age three in a peace treaty with King Gaeseric following a disastrous war with the Vandals.

The combined military might of the Eastern and Western Empire could not oust the Vandals from Northern Africa where they established a vibrant Arian Christian kingdom and persecuted orthodox Nicene (Catholic) Christians. Valentinian ceded the African territory and pledged his baby daughter’s hand in marriage to Gaeseric’s son Huneric. At that point Valentinian probably expected to have son of his own and his daughter was typical political currency.

Thirteen years later, Maximus assassinated Valentinian and forced the widowed Empress to marry him and Eudocia to marry his son. The Vandals invaded Italy at the request of Empress Eudoxia, sacked Rome for a two full weeks and carried off the twice-widowed Empress and her two daughters to Carthage where they supposedly were treated with great honor—but still held hostage.

Sometime between 455 and 460 the Roman Princess Eudocia, married the Vandal Prince Huneric. It was not a happy marriage and successful only in that they had one child, a son Hilderic born sometime in the early 460’s.

Sometime after her son’s birth, Eudocia either escaped or got permission to separate from her hated Arian husband. Huneric didn’t become King until 477, so Eudocia never ruled the Vandal people as Queen. Her mother and sister had been ransomed by Emperor Leo I of Constantinople in 462 and currently resided there. For some reason (religious? resentment of her mother?), Eudocia decided to relocate to Jerusalem where her maternal grandmother Athenais had property and was buried in 460.

Eudocia’s son Hilderic, didn’t become King upon his father’s death in 484. He didn’t want to persecute his mother’s co-religionists and the Vandal nobles rejected him in favor of a number of cousins. Hildric finally took the title King of the Vandals and Alans in 523 when he was well into his sixties or seventies. His reign was known for it’s good relations with the Constantinople court.

It’s a sign of her obscurity that there’s no image of Eudocia on coins or statuary. The image I use in this post is of “an unknown young Roman woman.” There’s also some confusion about when she died, but the unfortunate princess died young. The dates range from 466 to 474, well before her mother. She was buried in her grandmother’s mausoleum in Jerusalem.