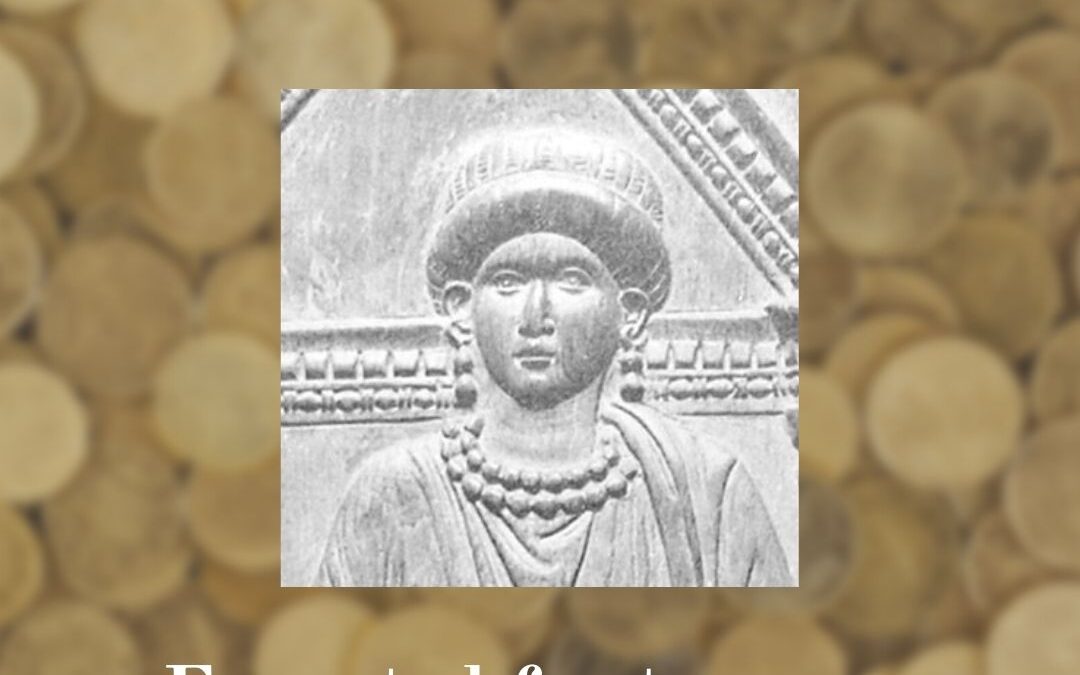 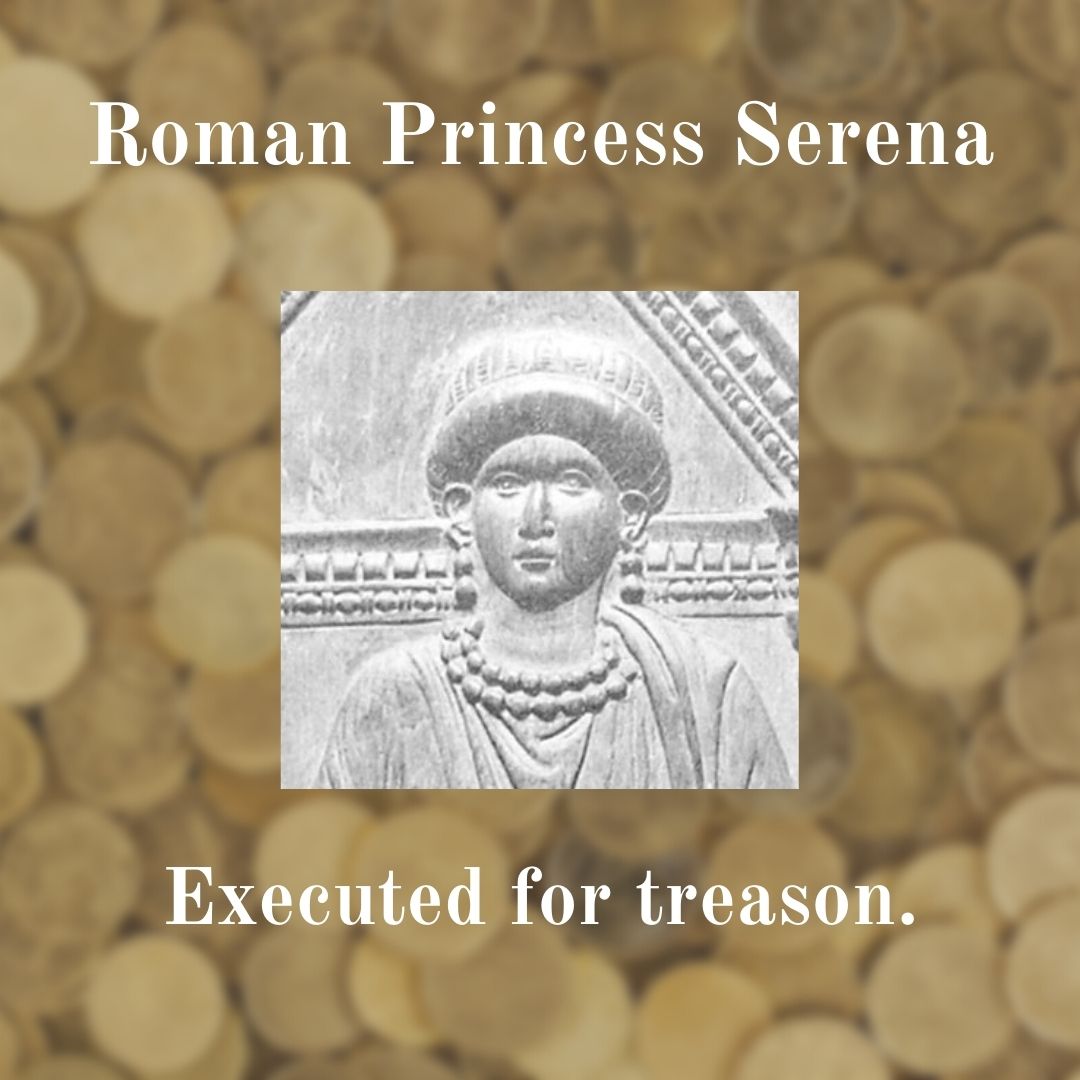 Theodosius took his niece Serena into his household when his brother Honorius died. She became a powerful influence on him. He called her “daughter” and it’s said she was the only person who could soothe his frequent rages. To keep his best general Stilicho closely allied, he married him to Serena in 384. In spite of Stilicho spending much time in the field fending off invading Goths, they had three children: Maria, Thermantia, and Eucherius.

By all accounts it was a successful marriage between two astute political operators. When Theodosius died, he left his minor children (Emperor Arcadius in the East, Emperor Honorius and Princess Placidia in the West) in their care. Here’s where things get complicated. The noblemen and eunuchs of the Eastern court didn’t want the half-barbarian Stilicho anywhere near their dim-witted Emperor. Stilicho couldn’t run the entire empire as regent without their cooperation, so he retired to the West and left them to fight the Goths on their own.

In the meantime, Serena developed a “wicked step-mother” image—at least in later historian’s eyes. She promoted her own children by marrying her eldest daughter Maria to Honorius when they were just fourteen. When Maria died, she married Thermantia to Honorius and arranged an engagement between her son Eucherius and Princess Placidia. Some historians believed she stifled Honorius and Placidia and shunted them aside at court. Supposedly, they hated her for it which had dire consequences later.

Honorius was only slightly more capable than his older brother. When he came of age, he also came under the influence of an anti-barbarian faction at his court. He executed Stilicho and his son, murdered the Arian wives and children of his barbarian auxiliary troops, and divorced Thermantia. Serena, as his first cousin, was spared and she retired to Rome with her remaining child. The Goths, bolstered by thousands of vengeful Roman-trained auxiliaries invaded Italy and laid siege to Rome while Honorius stayed safe behind the sheltering swamps of Ravenna.

Panic roiled the streets of Rome. Rumors flew that Serena sympathized with the barbarians because of her marriage to Stilicho and she planned to open the gates to the invaders. A delegation of senators appealed to Placidia who also was in residence. She signed her cousin/foster mother’s death warrant. Serena was strangled (the traditional way of executing enemies of the state) in 409.

Most historians agree that the accusations against Serena were false and assumed Placidia’s motives for signing the death warrant were dislike or jealousy. I have an alternative theory which I explore in an upcoming novella Becoming the Twilight Empress.