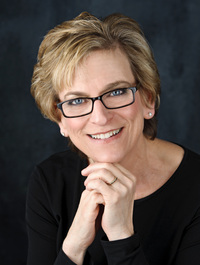 Anita Diamant wanted to do something different with her writing life. A freelance journalist in the Boston area since 1975, she wrote articles on everything from profiles of prominent people to first-person essays on being a mom. She also found the time to write six books on Jewish lifecycle events. She turned her sights on the biblical story of Dinah, Jacob’s only daughter. The result is her best-selling novel The Red Tent, a vivid retelling of the ancient story from the woman’s point of view. But it wasn’t easy. The decision to write this book led Diamant on a journey nearly as adventurous as Dinah’s. She talked to me from her home in the Boston area about her writing, research, publishing trials, and the grueling three-year marketing effort that drove her book to the best seller lists.

FAITH L. JUSTICE: How did you get started writing?

ANITA DIAMANT: I wrote poetry a long time ago, but you can’t make any money in poetry. I switched to journalism and non-fiction. When I turned 40, I wanted to do something different. Fiction offered a different challenge. It uses a different side of the brain.

FLJ: How would you describe your story in The Red Tent? 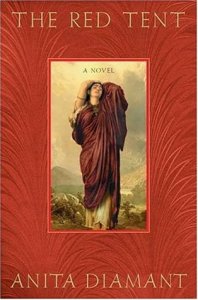 AD: It’s a historical novel set about 1500 BCE, with a plot plundered from the Bible, and told from the perspective of a woman and her culture. Jacob’s daughter Dinah is a great story. It has sex, violence, plot, drama, suspense, and an unexpected bloody denouement. Dinah’s silence in the Bible is a big opening.

FLJ: A few people criticized your feminist version of the story and subsequent characterizations of the patriarchs.

AD: This is what happens when you appropriate the Bible—you’re treading on sacred territory. It’s very understandable that people get upset and proprietary about their vision of the sacred and what you should or shouldn’t be able to do with it. With a female first person narrator you see the women’s world. Dinah wouldn’t have known what the men’s world was like. Until very recently men and women inhabited very separate spheres. There was always interconnection, passion, love, and interdependence economically and many other ways. But I think we lived in very different worlds especially where you have traditional extended families. Men and women didn’t hang out at the end of the day and chat about what their day was like at the office. They had very special responsibilities and social sense. Women wouldn’t know a whole lot about the daily details of the men in their lives. They loved them, they were important to them, but they didn’t spend the lion’s share of their hours with one another.

AD: The story works in different ways for different people. Readers have told me how the mother, daughter, sister relationships resonate for them. They connect with the importance of female relationships. And then there’s the Bible. It’s sort of the other person in the room. There’s this book, the reader, and the Bible. Whatever your relationship is to your sacred tradition in the West you have some relationship to the Bible if only through the names of the characters. We all know a Jake or Becky or we’ve named our children Rachael or Isaac. Biblical names are hot again. These people function in our lives whether or not we’re Bible readers, church or synagogue goers. These stories belong to us from childhood. For some people it’s a way to reconnect personally with the tradition they felt alienated from, there’s some power released. I don’t take credit for it. That’s something way deeper than I intended. I didn’t count on that when I was writing the story.

FLJ: How did you go about researching it?

AD: As a journalist I’m comfortable doing library research and I did a lot. I had a fellowship at Radcliff for a year which gave me access to the Harvard system. This allowed me to poke around in the divinity school library, the Schlesinger Library and Wagoner Library for facts about daily life – food, clothing, remedies for disease, and what houses in Egypt might have looked like. In particular I researched female medicine – midwifery, birth control, and abortion. I didn’t do Biblical research. The sheer weight of the research nearly overwhelmed me. I had to stop myself a lot and tell myself that I didn’t need to become an expert on this. I just needed the details that served my plot.

FLJ: How did you organize it?

AD: I didn’t outline. When I started the book, I knew that it would begin with Dinah’s birth or pre-birth, there would be this dramatic climax, and end with her death. That was really all I knew. Getting the fellowship sort of legitimized the process. It made me feel like I really had to write this book. I was also working on other books and articles at the same time. I didn’t have an advance, this was my hobby. I really enjoyed it, even though it was difficult and challenging, because it was really different.

FLJ: I read you had trouble getting an agent and getting it published.

AD: I initially sent it to agents whom I thought would get it. They didn’t. Then I sent it to some I know. One took it on, but he had to back away because of other commitments. I ended up with a local agent. She found a publisher on the first mailing. She sent the manuscript to five houses and heard back from St. Martins. It was a modest first novel advance. But that wasn’t the end of my difficulties. I lived through a classic publishing story. My editor at St. Martins was fired a month before the book came out. It became an orphan book. The editor who took it over liked the book, but she already had a full plate. It was never advertised and didn’t get reviewed in any major outlets. The hardback had modest sales of a little over 10,000 copies.

FLJ: The paperback sold over 200,000 copies. What drove those sales?

AD: I’ve spent nearly three years promoting the book. When Picador USA decided to bring it out as a trade paperback, St. Martin’s announced it would remainder the hardbacks. I said, ‘Please don’t do that. Let’s use them [the hardbacks] for promotion. Why not send them out to clergy?’ I got the lists for them and the publisher paid the postage, provided the books, and mailed them out. We initially sent the books to the female rabbis in Reform Judaism—about 500 women. The President of the organization was a friend of mine and wrote a cover letter recommending the book. Another friend who was the president of the Reconstructionist Rabbinic Assembly provided a cover letter and we sent copies to all of the Reconstructionist rabbis – both men and women. People preached from it and recommended it to their congregants.

I have a10-year track record of writing for the Jewish community and it embraced this book in a big way. The President of the Reform Movement started a literacy project and said everyone should be reading at least four Jewish books a year. The Reform Judaism Magazine, which goes out to about 400,000 households, named The Red Tent as a significant Jewish book. They featured it with a picture of the cover and an interview with me. That’s a recommendation with a lot of impact. November is Jewish book month, so Jewish Community Centers all around the country have book fairs where they invite authors and sell books in advance of the holidays. I had done that with my other books. I only had a little interest in The Red Tent the second year it was out, but the next year, I had to turn down invitations to speak all over the country.

FLJ: So you started with the Jewish community—did you expand beyond that base?

AD: Picador mailed copies of The Red Tent to female Christian clergy and independent reading group leaders. Reading groups have been real fans of The Red Tent. The publisher offered discounts and promotional materials if bookstores bought in quantities of ten or more, making it more appealing as a book group reading selection. They created and printed a reading group guide and made it available through their website. The icing on the cake came when Mickey Perlman, who publishes What to Read: The Essential Guide for Reading Group Members and Other Book Lovers recommended The Red Tent as one of her favorites.

The sales numbers speak of a much broader audience. This is a real word-of-mouth book. If ten women read it, they tell their friends, and those friends recommend it to their friends. The more I do bookstores, the more people come up to me from church groups. I spoke at Pittsburg State College and had 2 or 3 ministers and book groups from a couple of churches.

The independent book sellers have been great. The Red Tent was on the Book Sense bestseller list for months. You don’t realize how much of a difference it makes. The independents just do things differently. Clearly they know their readers and they know what they like and they support those books. It’s just a very different relationship. They have a lot more flexibility in what they can order and what they can display and it makes a difference to people like me. The independents hand-sell. When their customers come in and ask, “What should I read?”, they say, “You’re going to like this book.”  My local independent bookseller has been incredibly supportive and has sold a ton of my books. Locally, it’s been his best seller for many years. I’ll go to events and sign fifty books. I’d do anything he asks.

The publisher sold the rights to foreign sales. Now The Red Tent is translated into 10 different languages, and sold in 11 countries. The covers are really different but it’s doing very well. It’s just amazing to me. It’s wonderful.  I was invited to Holland by the Dutch publisher and did a book tour in Amsterdam which was—WOW.

FLJ: You’ve said there is an element of luck in getting published.

AD: I’m not a literary writer. I didn’t go to whatever school it is or have the mentor you need to get reviewed in the New York Times. Publishing is a weird business. There are good books that don’t get published and crappy books that get published and promoted up the wazoo. It seems pretty serendipitous and arbitrary to me. I had luck in that I found an agent, a publisher liked the book, and published it beautifully. Picador picked it up and, in spite of modest sales, St. Marten’s didn’t remainder it right away. The fact that The Red Tent did well has something to do with spiritual seeking, that it’s an intensely woman’s story, and had a base in a very literate community that buys books. 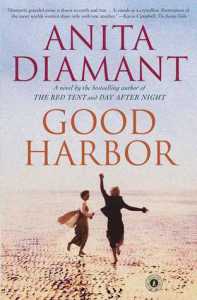 Author’s note: I interviewed Ms. Diamant in 2000. Since then she has published two additional novels Last Days of Dogtown (2005) and Good Harbor (2001) and a memoir Pitching My Tent: On Marriage, Motherhood, Friendship and Other Leaps of Faith (2003). Portions of this interview were used in: