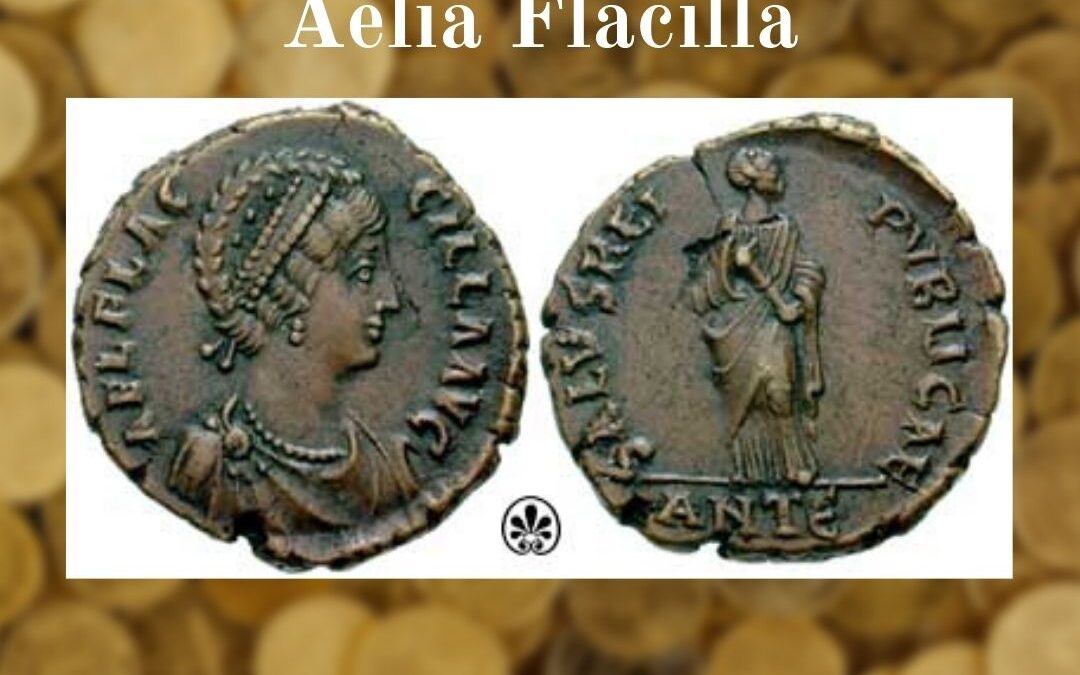 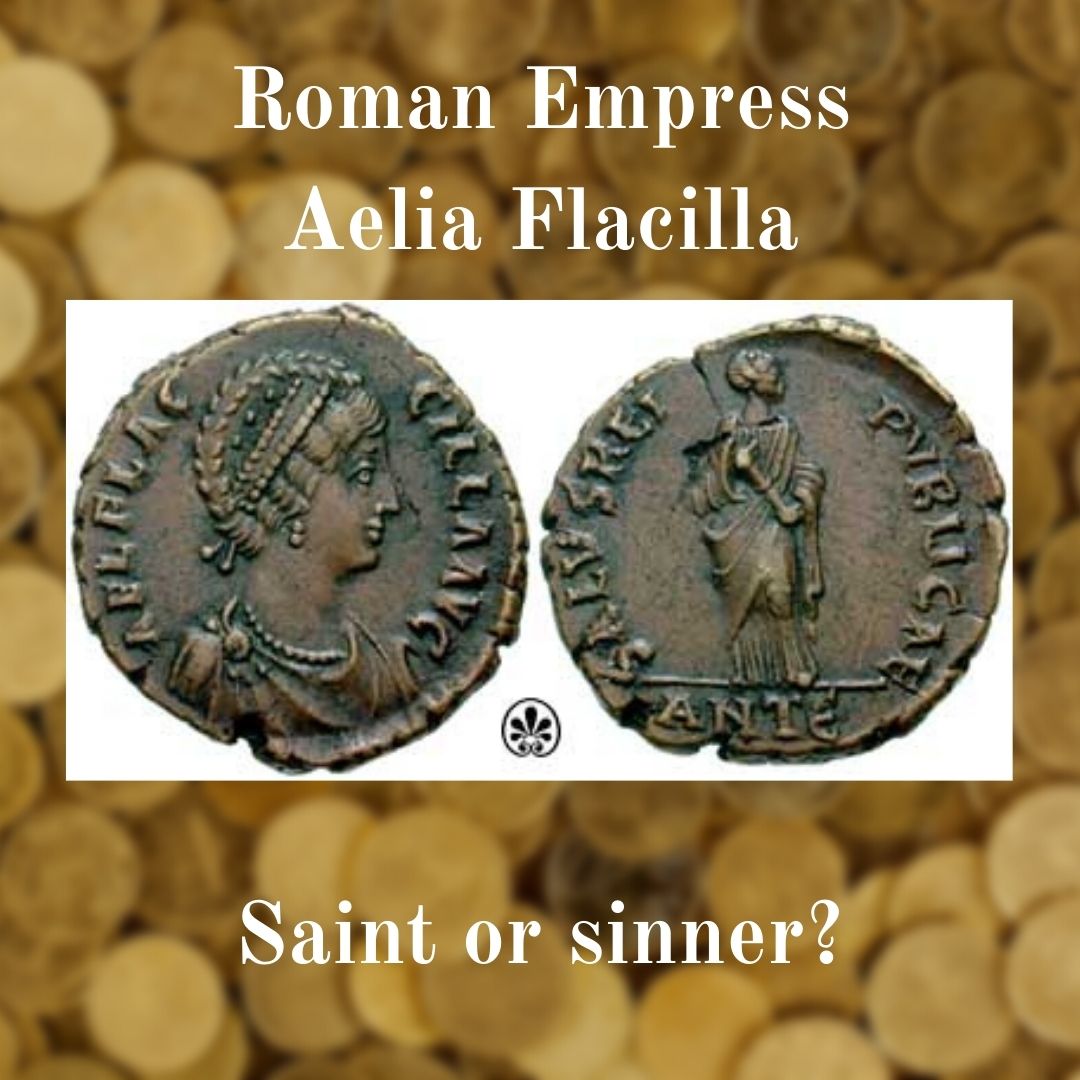 Flacilla, as the first wife to Theodosius I “the Great,” is the co-founding mother of six generations of remarkable women who shaped the face of Western Europe and laid the foundation for the Byzantine Empire in the East. Her seven-year reign set the pattern against which all Theodosian empresses were measured, particularly in the East.

Not much is known about Flacilla’s early life: she came from Spanish aristocracy, married General Theodosius in 375 or 376 while he was in “retirement” after his father’s execution, and accompanied her newly made emperor-husband to Constantinople with two small children in 379. Her daughter Pulcheria died at age 7 or 8. Her older son Arcadius became Emperor in the East. In 384 in Constantinople, she gave birth to her third child, a son named Honorius who later became Emperor in the West.

Flacilla brought four things to bolster her husband’s rule: her nomen (family name), fertility, charity, and piety. Her nomen Aelia became a title of  female distinction and was passed down as  a symbol of dynastic inclusion among the Eastern empresses. As with all spouses of kings and emperors, the ability to bear children—especially male heirs—gave women authority and Flacilla had two sons, both of whom became emperors. The writers of the day especially praised the empress for her hands-on charity work. Theodoret quoted her, “To distribute money belongs to the imperial dignity, but I offer up for the imperial dignity itself personal service to the Giver.”

Which brings us to the titular question: was Flacilla a saint or a sinner? It depends on which Christian church you belonged to at the time. The early Christian Church spent its first few centuries struggling internally with factions, sects, and differing “heretical” beliefs. By this time, two major sects struggled for power: the Nicenes (which developed into the orthodox Catholic Church) who declared Jesus of and equal to God and the Arians who believed Jesus was created by God and therefore not equal to Him. The majority of the barbarian tribes were Arian. Theodosius and Flacilla were both fervent Nicenes and actively suppressed the “heretical” Arian Christians. For her charity and piety Empress Aelia Flavia Flacilla is commemorated as a saint by the Eastern Orthodox Church. Her feast day is September 14.

Coming up next: Empress Galla, the second wife of Theodosius I and co-founding mother of the Theodosian Women.