Died young, but left a legacy. 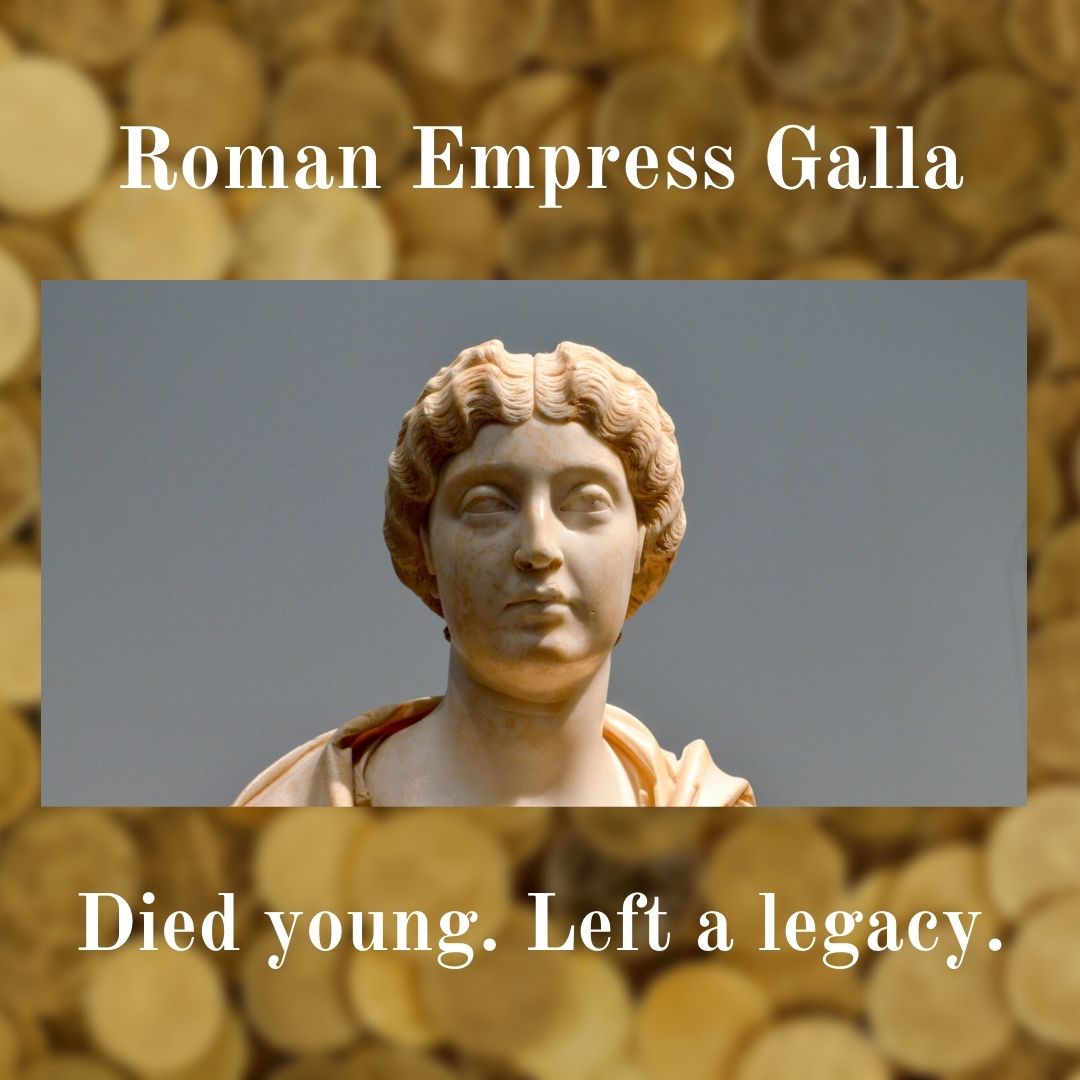 After Aelia Flacilla’s death, the grieving Emperor Theodosius turned his eyes on a young imperial princess: Galla, the daughter of slain Emperor Valentinian I and sister of the co-emperor Valentinian II. When a usurper named Magnus Maximus decided he wanted young Valentinian’s portion of the empire, Galla’s mother Justina came to the Eastern court to plead for help.

There were several strikes against this match. The usurper Maximus had overthrown Valentinian II’s older brother Gratian four years before and Theodosius had not moved against him. Maximus hailed from Spain, as did Theodosius, and rose through the ranks of the army under the Emperor’s slain father. The armies of Britain and Gaul had acclaimed him in a legitimate way. The topper? Maximus espoused the Nicene faith. Galla and her mother Justina were staunch Arian Christians and the house of Valentinian bore some responsibility for Theodosius’s father’s execution.

But Justina showed off her beautiful teenaged daughter and caught the aging emperor’s attention. When Theodosius asked for Galla’s hand, Justina agreed only on the condition that he take up Valentinian’s cause. Theodosius married Galla in 387, went to war, and destroyed Magus Maximus’ troops at the battle of Frigidus.

It might have been love—historians say Theodosius doted on his beautiful bride. But it’s likely there was also a hefty does of pragmatism and dynastic ambitions to his decision. By invading Italy, Maximus showed a level of ambition that could lead him to attack Theodosius next. Best case scenario Maximus would be a strong ruler and not cooperate with the Eastern court. By marrying Galla, Theodosius allied himself with an existing imperial dynasty and secured a young malleable co-emperor in Valentinian II.

What did Galla think of this? We don’t know. We don’t even have a proven image of her, much less some primary sources on her thoughts and feelings. We do know she fulfilled her imperial duty by giving birth to three children. The middle child, a boy named Gratian, died in infancy. The youngest named John, died at birth with his mother in 394. Galla’s true legacy was in giving birth to her first child, a daughter, who grew up to be the formidable Empress Galla Placidia (protagonist in Twilight Empress: A Novel of Imperial Rome). For that, in an otherwise brief and forgettable life, she will be remembered.

Coming up next: Princess Serena, the niece of Theodosius I and foster mother to his children.