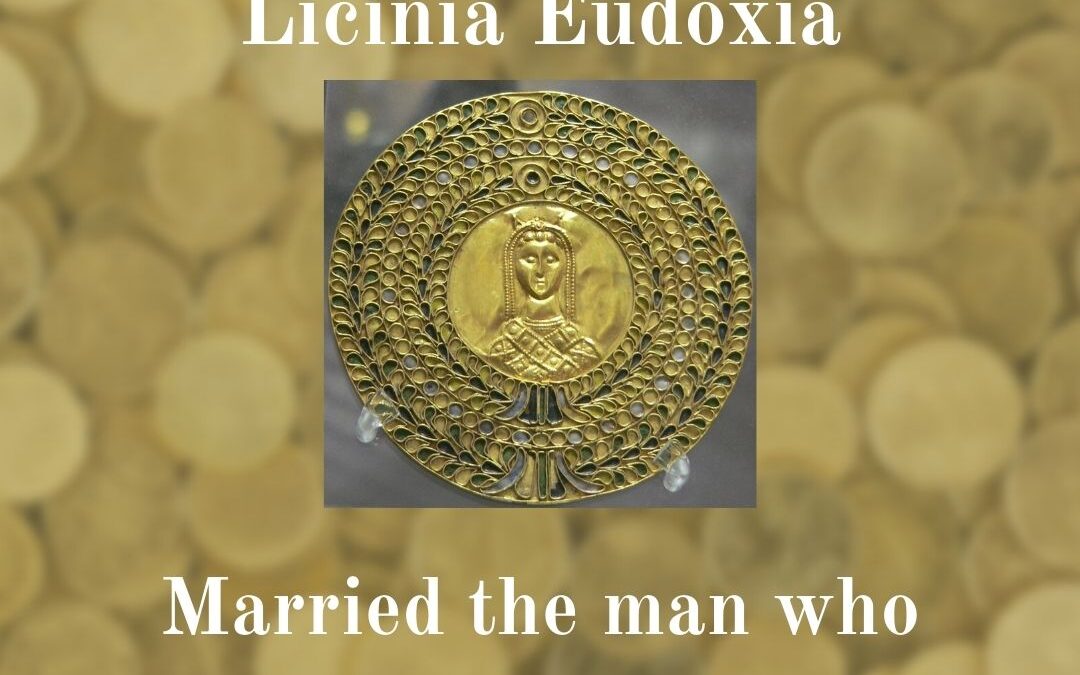 Married the man who murdered her first husband. 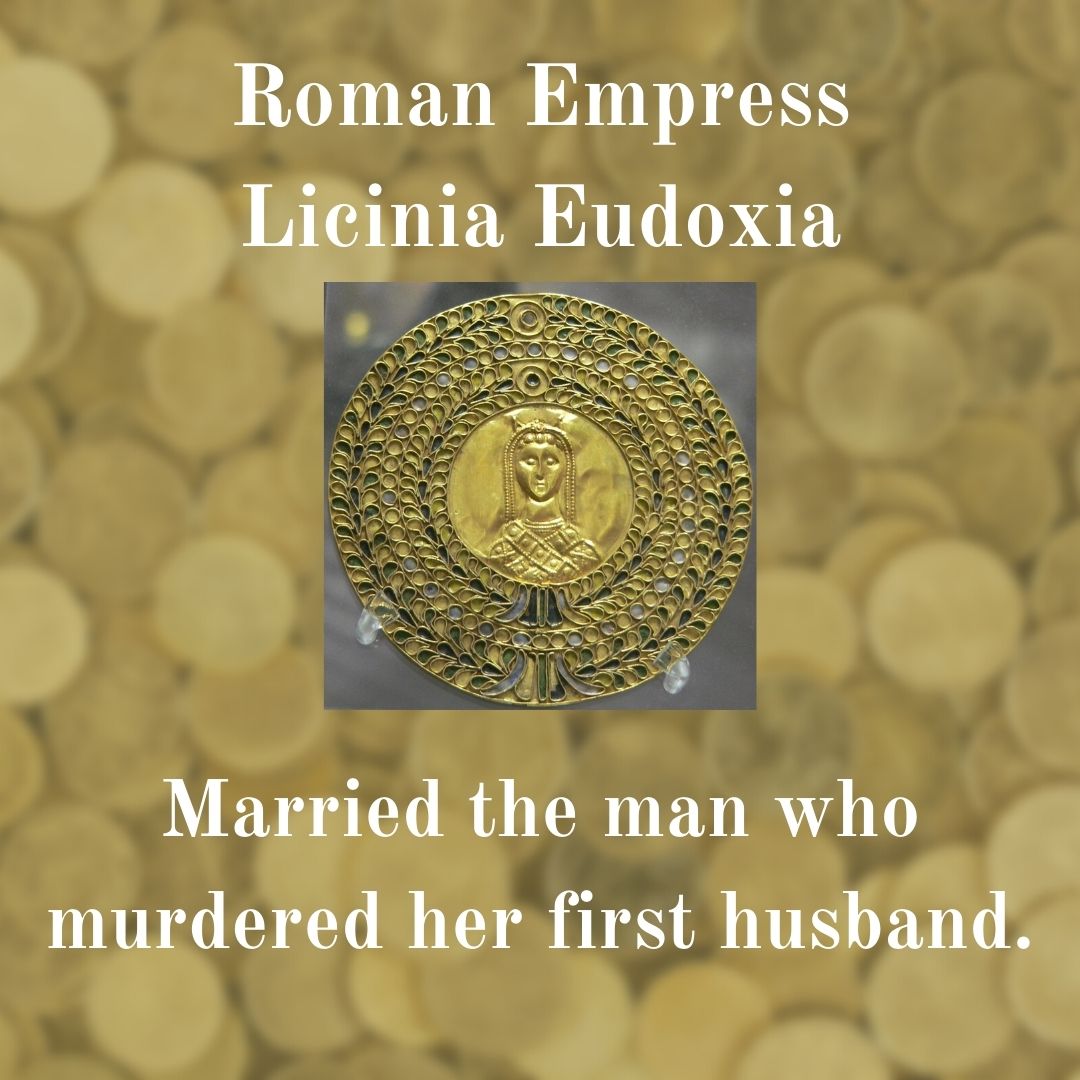 Empress Licinia Eudoxia (named after her infamous grandmother Aelia Eudoxia) was two when her parents betrothed her to her five-year-old western cousin (once removed) Valentinian III. As was customary, this was a political arrangement.

Empress Placidia, exiled from her brother’s court in Ravenna on trumped up treason charges, had taken refuge with her children in Constantinople at her nephew Theodosius II’s court. The old feud between his father Arcadius and Placidia made things a bit chilly between the two imperial families, but they soon thawed when Honorius suddenly died and a usurper took the Western throne. The descendants of Theodosius I couldn’t tolerate an outsider taking over part of the Roman Empire. Theodosius recognized Placidia’s son Valentinian’s right to rule as co-Emperor in the West, declared Placidia regent, and provided troops to oust the usurper. To seal the deal, he agreed to marry his daughter Eudoxia to Valentinian.

Eudoxia disappears from the record for several years but we can assume she grew up observing the strife caused by her parent’s losses and her aunt Pucheria’s extreme religiosity. Athenais most certainly saw that her beloved daughter was educated in Greek and Latin literature. Theodosius and Pulcheria probably stamped her with strong Christian values. By the time of her marriage in October 437, she may have been eager to move to her husband’s court—or not. We have no insight into her life at this time, but as a beautiful young girl of fifteen she might very well have fallen in love with her handsome husband. They had two children, both girls: Eudocia the Younger born in 438 and Placidia the Younger (named after their grandmothers) born in 439 or 440. As part of a peace treaty with the Vandal King Gaeseric, young Eudocia was betrothed to his son Huneric.

Unfortunately, Valentinian had a bad rep for being a rake and most certainly disappointed his Christian bride. Eudoxia was pregnant or recovering from birth for the first three years of their marriage, giving him ample opportunity to play the field. There were no more pregnancies. There are tons of possible reasons for this. Eudoxia might have rejected him for his infidelities or used contraception. She might have sustained some injury while giving birth that kept her from conceiving. Valentinian might have grown tired of his religious bride or contracted some disease that impaired his sexual function or hers. We’ll never know the true reason, but it had significant consequences. The male line of Theodosius died with Valentinian’s death by assassination in March 455. His cousin Theodosius II had died five years earlier from a fall from a horse.

Meanwhile, Western Rome fell into chaos. Placidia had held the Western empire together until her death in 450. The Roman General Flavius Aetius defeated the Huns at Chalons in 451 to great acclaim and joy from the Roman populace. A jealous Valentinian personally assassinated Aetius in 454 which, in turn, brought on his own assassination by Aetius’ supporters in 455.

It’s generally acknowledged that a Roman nobleman named Petronius Maximus orchestrated the deaths of both men, then immediately claimed the widowed empress as his bride. He forced Eudoxia to marry him giving Maximus a legitimate claim to the diadem. He then proceeded to consolidate that connection by marrying seventeen-year-old Eudocia to his son Palladius, considerably angering the jilted Vandals.

Empress Eudoxia did not submit willingly. She had several examples of imperial women fighting back during her lifetime. Unfortunately for Rome, she chose Honoria’s and called on King Gaeseric for assistance in rescuing his perspective daughter-in-law. Unlike the Huns, the Vandals were successful. They invaded from Northern Africa, thoroughly sacked Rome, carrying off anything of value including Eudoxia, her daughters, and Aetius’ son Gaudentius.

An angry Roman mob murdered Maximus and likely his son as they tried to escape the oncoming destruction. Emperor Leo I of Constantinople ransomed Eudoxia and her youngest daughter Placidia from the Vandals seven years later in 462. Eudoxia died a rich widow at age 71 in the city of her birth. The fate of her oldest daughter is the subject of my next post

Next: Princess Eudocia the Younger, consort to a Vandal prince.