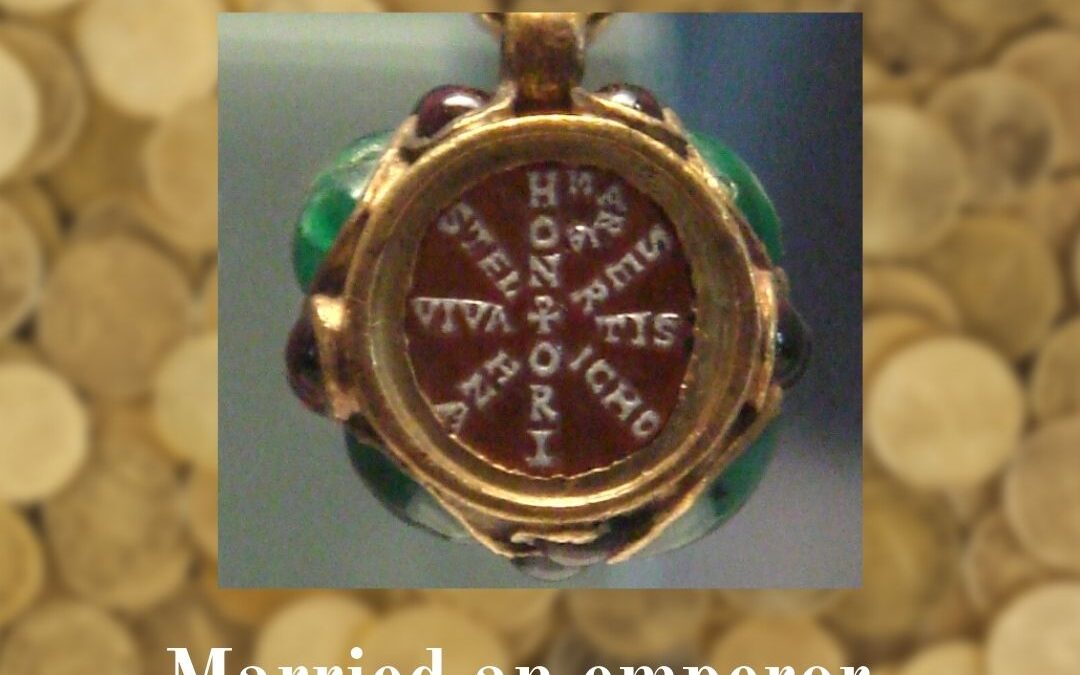 Married an emperor. Died a virgin. 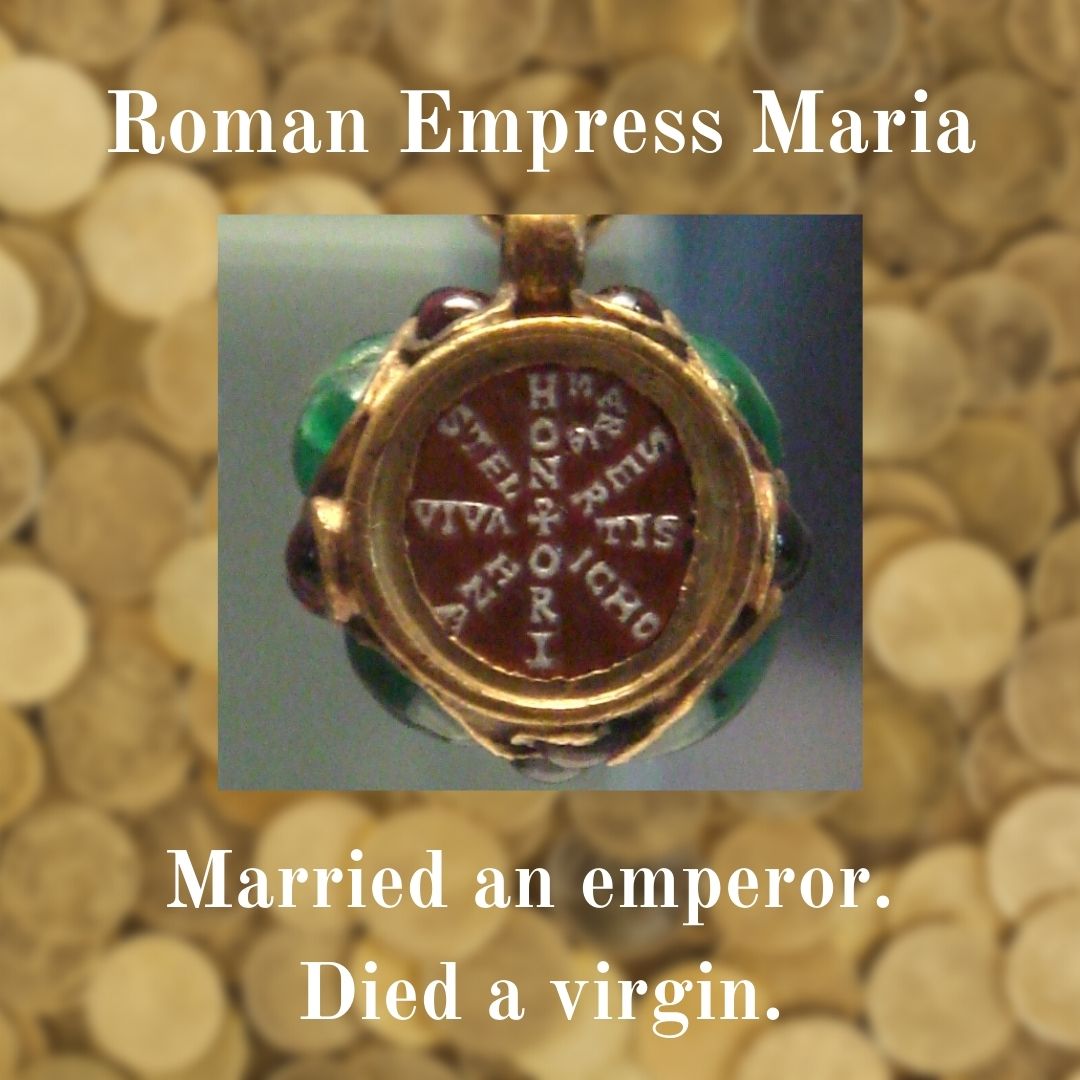 There’s not much more to tell of poor Maria’s story. She was the oldest daughter of Serena and Stilicho and had no say in her marriage to her first cousin once-removed Emperor Honorius. He was fourteen and she younger. Her power-couple parents wanted a grandson who would be emperor and she was available. We don’t have any proven images of Maria, but we do have a fanciful description by Claudian that he wrote to celebrate her marriage:

“Redder than roses thy lips, whiter than the hoar-frost they neck, cowslips are not more yellow than thine hair, fire not more bright than thine eyes…” and it goes on.

Zosimus related a likely apocryphal story claiming Serena thought Maria too young “for the married state” and subjecting her to “the embraces of a man was offering violence to nature.” In order to avoid that fate, Serena drugged her new son-in-law so he would be incapable of having sex with his under-age wife. This was how people of the times explained that Maria died a virgin—nine years later.

A much more likely explanation is that Honorius was uninterested and/or incapable because of a hormone imbalance or some other physical disability. There was no gossip about extra-marital sex partners of any gender. Later there was a scandal and (likely untrue) rumors of incest because he kissed and fondled his half-sister Placidia. The faction that spread those rumors orchestrated Placidia’s banishment, so they should be taken with a large helping of salt. The descriptions of Honorius as a young man are not near as flattering as those for Maria, generally describing him as soft, effete, unfinished with only a wispy beard, and languid of temperament. His abiding passion seemed to be a flock of chickens or other fowl.

Maria died young in her early twenties, so she likely also had some physical frailties leaving her susceptible to fevers or consumption which might have affected her fertility. She does have the distinction of having the only preserved burial of the Theodosian line. Her disappointed and sorrowful parents buried her with full imperial pomp in the imperial mausoleum connected to Old St. Peter’s Basilica in Rome. When that structure was demolished in 1544 to make way for the new St. Peter’s, they discovered Maria’s sarcophagus, buried under the floor in a niche with over sixty precious objects of gold, silver and jewels, including the pendent in the image bearing the names of Maria and her family.

Image of a pendant found in her coffin, available through Creative Commons licensed by  PHGCOM – photographed at the Musee du Louvre. https://commons.wikimedia.org/w/index.php?curid=2654677