Writing Sword of the Gladiatrix:

An Exercise in Frustration and Creative Breakthrough

First up: thanks to Tony for inviting me to guest post on The Writing Desk. Writing Sword of the Gladiatrix was a challenge and I appreciate the opportunity to share my journey. Second: you have to know a little about me to understand why this book was so difficult (at first) to write. I’m not a “must write or die” kind of person. I’ve been perfectly happy with a number of day jobs that paid quite well, thank you, and didn’t need to take on the mantel of starving artist. What I do have is a drive to share my passionate love of history through stories. Most people hate history, and rightly so, given how it’s taught in public schools: dull facts, lists of dates, wars and pestilence, and the stories of elites (mostly white men). I want to make history accessible to anyone who enjoys a good story and spotlight some little known people along the way. 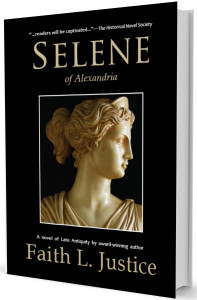 I write fact-based historicals primarily set in the late Roman Empire. Selene of Alexandria features Hypatia, a famous (in her time) woman mathematician, astronomer, and philosopher as a major supporting character. Twilight Empress tells the story of Placidia, who rules the Western Roman Empire just before its fall. A companion book Dawn Empress (out next year) deals with her niece Pulcheria who rules in the Roman East and sets the stage for the Byzantine Empire. These three books were relatively easy to write. History dictated events and plot points. I created the personalities and motivations of historical people who would do what we know they did. As a bonus, I got to do what I love: study the culture, religion, dress, laws, food—all the everyday details that make history come alive and transport readers to a different time and place. All of this went into a detailed outline which allowed me to write quickly and easily. 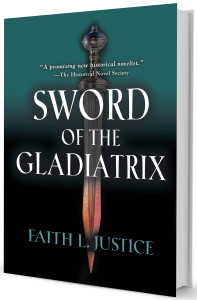 Sword of the Gladiatrix was a different beast. Set in the first century AD and featuring fictional characters—Afra and Cinnia, two women gladiators—I had to create my characters and plot from scratch. I knew what my ending would be and had my first scene, but the vast middle taunted me with its infinite possibilities. I had to write “into the dark” (some call this “pantsing”) without an outline. I wrote and rewrote the first several chapters a dozen times experimenting with point of view, starting the story in different places and times, adding and taking out subplots and supporting characters. I couldn’t get past a certain point. I had too many choices. Every time I opened the files my creative mind shut down. I tried several tricks to break writer’s block, but none of them worked. I finally shelved the project, thinking I didn’t have the chops to write this story.

But the characters haunted me. They wanted me to tell their story: two women from the far ends of the Roman Empire fighting loss and finding love in this strange land and culture. Finally, I had my mental breakthrough. Afra and Cinnia, although fictional, were rooted in a time and place just as my historical characters were. I hit the research books. What was happening during this time? The Boudica uprising in Britain. A scientific expedition to Kush. Women introduced into gladiator games. An earthquake! Plenty of juicy history to fuel my plot while developing my characters. It clicked. I put together a sketchy timeline and I finished the book in just a couple of months.

Writing Sword of the Gladiatrix was initially a frustrating slog, but it stretched me as a writer. I learned how to take skills I already had and use them in a new and satisfying way. I’m no longer intimidated by “writing into the dark” and look forward to writing the sequel.