Book Review: “Catherine the Great: Portrait of a Woman” by Robert K. Massie 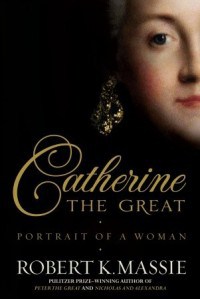 “Catherine the Great: Portrait of a Woman” by Robert K. Massie

From the book jacket:

“The Pulitzer Prize-winning author of Peter the Great, Nicholas and Alexandra, and The Romanovs returns with another masterpiece of narrative biography, the extraordinary story of an obscure young German princess who traveled to Russia at fourteen and rose to become one of the most remarkable, powerful, and captivating women in history.”

Massie delivers a wonderfully researched and readable book. My knowledge of Catherine the Great was vague to the point of mythical. I had hazy memories of multiple lovers, a (possible) scandal about her and a horse, and a movie starring Greta Garbo. The lovers were real, but few; there was no mention of the horse; and the Garbo movie turned out to be about Queen Christina of Sweden who lived a century earlier. So much for memory.

To say Catherine is a fascinating character is to do her a disservice. Massie shows her towering intellect, force of personality, and steely resolve from an early age. He also shows her craving for love and approval; denied in childhood and in her marriage. But her story is not a simplistic psycho-drama, it’s populated with complicated characters, shifting political agendas (both domestic and foreign), and colored with the burgeoning philosophies of the Age of Enlightenment. 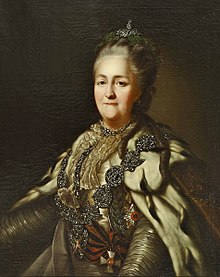 Her life (1729 – 1796) spanned a turbulent time in the American colonies (of which I have a great deal more knowledge.) It was fun to see our revolution reduced to a postscript in one chapter where Britain asked Russia for some troops to send to America. (Catherine didn’t send any, so the Brits hired Hessians instead.) Later our “Father of the Navy” John Paul Jones worked for Catherine as an Admiral. While we were fighting our (mostly) backwoods guerrilla war, Catherine was partitioning Poland, expanding Russia to the Black Sea (at Turkey’s expense) and building the finest art collection in Europe. She wrote a remarkable document on human rights and government, several years before our Declaration of Independence and called a cross-class assembly to “advise” her very early in her rule. She advocated freeing the Russian serfs, while we were legitimizing slavery in our Constitution.

Unfortunately, the Russian nobility wasn’t ready for those significant changes. They completely balked at freeing their serfs/slaves and it was the nobility that put Catherine on the throne and kept her there. The peasants that were part of the advisory assembly were completely cowed; poorly educated, they turned their “votes” over to the nobility. So Catherine started a series of reforms and education that she could accomplish. Over her thirty-four year reign, she sent hundreds of young talented Russians to the great universities of Europe (at crown expense), trained doctors and established hospitals in all regions of her empire, built model “foundling homes” that were the envy of Europe, forbade torture as part of interrogation and abolished the death penalty for all but high treason. Catherine became much more conservative as she aged and felt threatened by the bloody horror of the French Revolution, but she never outgrew her Enlightenment ideals about the human condition. 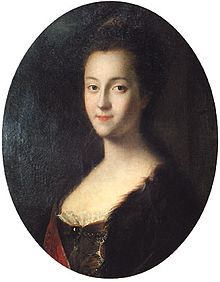 Massie takes seriously his subtitle: “Portrait of a Woman” by providing us with insight into Catherine’s everyday life, her relationships, fears and triumphs. My heart went out to the young woman who gave birth to her first child, only to have the Empress Elizabeth snatch the child away within seconds, leaving the mother alone and bleeding on the floor for hours. She was never allowed to mother any of her children. Given her own mother’s neglect, her insane husband’s abuse and Elizabeth’s horrendous treatment; it’s a wonder Catherine turned out sane, much less one of the most powerful and insightful rulers in Europe. I loved the description of her informal meals and evenings where titles were not allowed, people were forbidden to rise when she stood and good humor was the order of the day.

Catherine was an incredibly hard-working ruler, rising at 6:00 am to start her day reading reports. She established a bureaucracy, but she was an absolute ruler, firmly believing that “enlightened autocracy” was the best way to rule the Russian people. She refused to be called “Catherine the Great”, saying she was “Catherine II” or “Mother.” Her success in wielding absolute power, came from her sensitivity to the possible. A young aide quoted Catherine on her technique,

“It is not as easy as you think,” she replied. “In the first place, my orders would not be carried out unless they were the kind of orders which could be carried out. You know with what prudence and circumspection I act in the promulgation of my laws. I examine the circumstances, I take advice, I consult the enlightened part of the people, and in this way I find out what sort of effect my laws will have. And when I am already convinced in advance of good approval, then I issue my orders and have the pleasure of observing what you call blind obedience. That is the foundation of unlimited power. But believe me, they will not obey blindly when orders are not adapted to the opinion of the people.”

Massie is a master of his art, presenting material that could be deadly dull in a lively manner. He primarily uses a chronological approach, with more “theme” chapters toward the end. Where there are controversies (such as the paternity of her children), Massie presents all sides and, when he takes a stand, supports his thesis with ample evidence. My only quibble is a minor one. 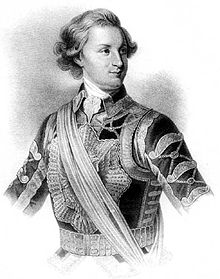 Massie explored the relationships of all Catherine’s “favorites”–mostly young guardsmen who serially occupied the suite of rooms attached to Catherine’s with a back staircase. Most were “eye-candy” meant to escort Catherine to social events, accompany her on her travels, and basically keep her amused in any way she required. A few went on to other careers. The best known was Gregory Potemkin, to whom Catherine might have been married. When he left Catherine’s bed, he became the most powerful man in the Empire. Massie sets us up early for some revelation about her final favorite Platon Zubov who was “in a class by himself.” At the end of the book Zubov is sitting in Catherine’s death chamber “alone in a corner, shunned by everyone.” He never ties up that thread and we don’t learn why Zubov is unique and shunned.

That tiny quibble aside, I highly recommend this one.

Note: I read an ARC (with several typos and formatting issues which should be taken care of in the final printing) received through the Early Readers Program at LibraryThing. The opinions are my own.

Video Interview with Robert K. Massie on Catherine the Great