I’ve been in rewrite mode lately and ignoring my blog. But just in time for Women’s History Month, Glynis Ridley has kindly stepped in with a guest post talking about her non-fiction adventure story The Discovery of Jeanne Baret: A Story of Science, the High Seas, and the First Woman to Circumnavigate the Globe.  I first ran across Jeanne Baret’s remarkable story in another book She Captains: Heroines and Hellions of the Sea by Joan Druett; and, yes, women have commanded navies, captained ships and served as crew long before modern times. I was delighted to have the opportunity to read Ms. Ridley’s riveting account of one these remarkable and neglected woman. Thanks to her publisher Broadway Paperbacks for providing two copies for a giveaway. (See the end of the article for details.) 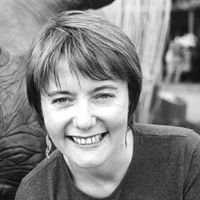 Hello Faith. Thank you so much for inviting me to be your guest today. You asked me if I could talk about the writer’s process and my book, The Discovery of Jeanne Baret. While the book was first published in US hardback in 2010, and in paperback in 2011, I actually started thinking about it back in 2001. My husband and I had both been lucky enough to be invited to speak at a conference at the National Library of Australia in Canberra, on the subject of ideas of the exotic in the 18th century. My husband was giving a paper on two different French explorers of the Pacific: Bougainville and Laperouse, and as we were on the second leg of our journey, flying from Singapore to Sydney, he asked me if I knew that there had been a woman on Bougainville’s first French circumnavigation of the globe in 1766-69.

I didn’t know that and didn’t know how it could be possible, given that women weren’t allowed on French navy vessels at the time. The only thing known about Jeanne Baret appeared to be that she was a botanist. That’s how I first came across her. As I dug a little deeper, I realized that her story touched upon a number of my interests: I love gardening and learning about the history of plant collecting; I’m also fascinated by the age of sail and exploration; and by training and inclination I specialize in studying the 18th century. Jeanne Baret’s story brings all of these things together but it’s much more than just the sum of those parts. 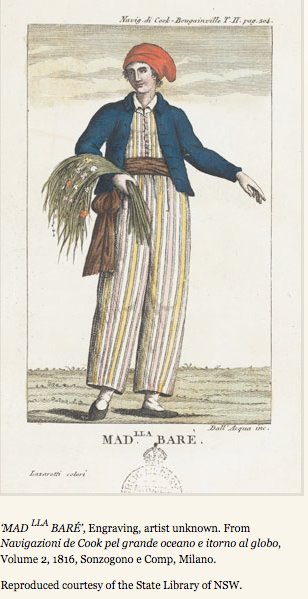 Baret was a peasant woman who transcended all the barriers her society put in her way. When she was born, the average life expectancy for someone of her class was 26: when she was 26 she was the mistress of the botanist Philibert Commerson – one of the most respected scientists of the day. She was living in his fashionable Paris apartment helping him with his botanic collections. When he became botanist by royal appointment on what was intended to be the first French circumnavigation of the globe, leaving in 1766, Baret took the incredible risk of disguising herself as a man to sign on and work as Commerson’s assistant. It’s hard enough to imagine sailing round the world in a vessel just over one hundred feet long and thirty feet wide, but imagine doing it in disguise, as the only woman among over three hundred men, knowing you were breaking the law, and wondering what would happen if you got caught.

Because Baret and Commerson were eventually put off ship on Mauritius in 1768, she didn’t return to France with the rest of the expedition. In fact, it would take her nine years from first setting out from France in 1766 to make it back there in 1775. Anything I could say about my journey as a writer would therefore pale by comparison with Baret’s journey, physically, mentally, emotionally. I certainly found it inspiring to think about her refusal to be bound by the very low expectations her society had for a woman of humble origins. The vast majority of the 18th century European population was rural and the greatest part of that population never traveled more than twenty miles from their place of birth – something in Baret gave her the belief that she could travel the world – and she did. Next to my profound respect for her achievement, I think researching her story left me with a sense of wonder at how everything must have appeared to her once she left the familiarity of home.

Thanks again for giving me this opportunity. All good wishes, and please let your readers know that they are very welcome to contact me to ask questions – they can always post to my author page.

Entry is easy: leave a comment on this post (make sure to give your email when asked, but not necessary in the post). If you want a second entry, sign up to follow the blog or indicate you’re already a follower. For a third chance, repost this giveaway on your Facebook, blog, Twitter, website, etc. and post the link in your comment. Don’t worry if your comment doesn’t appear immediately, because I moderate comments and don’t spend my life at my computer. I’ll randomly select the two winners and announce it on Saturday March 31.  Good luck!

And the Raffle King has chosen the winners:

Thanks to everyone for their participation.