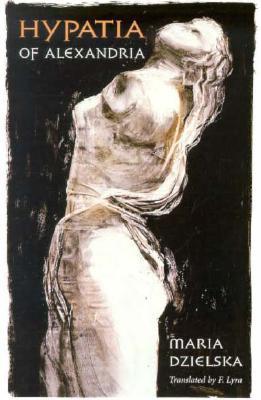 Hypatia of Alexandria by Maria Dzielska

When I first got this book in 1995, it was a godsend. I finally had a book that cut through the literary myth and put Hypatia’s life in context. Dzielska divides her book into three main sections. The first deals with the literary legend of Hypatia; the second with Hypatia’s students; and the third covers her life and death. I felt she did a Herculean job of sorting through the myths and legends; and showing the political and artistic roots of some of the best known novels and plays. But it was in interpreting the primary sources, and critiquing their veracity and usefulness, that was most helpful to me. Dzielska carefully lays out her theses and backs them up. When she engages in speculation, she makes it clear.

Among the most controversial of her proposals is that Hypatia was older than generally believed. Dzielska puts Hypatia’s birth year at about 355, making her 60 at death. Artists have a stake in her being a young beautiful martyr, but most scholars had put her age at death at about 45 (making her birth year around 370.) Dzielska argues that Hypatia would have been older than 20 or 22 when she was already teaching some of the land’s most elite young men. In the early 390’s Hypatia was a well-established philosopher and mathematician with many students from rich and powerful families. She might have been a math prodigy, but it’s unlikely she had the time to personally study the arcane nature of various philosophies and establish herself as one of the foremost philosophy teachers, much before her late twenties, at the earliest. Put another way, would a rich powerful man in the late 4C send his adult son to study with a twenty-year-old female? Possibly, but unlikely. It made sense to me that she was born before 370. How much before? No one knows. All scholars can do is present their theories and sources. As a novelist, it suited me to have her older in my narrative, so I went with Dzielska’s premise.

For those who want to see Hypatia’s life in context, this is a great book. There are many myths about Hypatia. This book pulls back the curtain and lets us see (as clearly as possible with scant resources) the woman behind the legend, presented in lucid prose.

Hypatia of Alexandria: Mathematician and Martyr by Michael A. B. Deakin 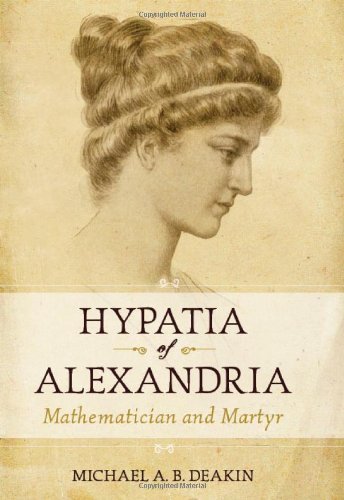 Hypatia of Alexandria: Mathematician and Martyr (231 pages), Prometheus Books, 2007; written by Michael A. B. Deakin, Honorary Research Fellow at the School of Mathematical Sciences of Monash University in Melbourne, Australia

In doing my original research, I ran across Professor Deakin and his most useful website where he posted all the primary sources that mentioned Hypatia. Over the years, he spoke of her at conferences and wrote articles. Finally, in 2007 he published his book and I got to add another resource to my research shelf.

Deakin’s work differs from Dzielska’s primarily in style and a little in content. Mathematician and Martyr, seems drier and more academic than Dzielska’s work, but is still very readable to the non-academic. Deakin lays out his book like a syllabus with discrete chapters and sub-chapters. He briefly covers the history of Alexandria, mathematics, philosophy and religious development, and the political scene during Hypatia’s life. He evaluates the sources, her death and her mathematics. In almost all ways, his interpretation of the sources varies little from Dzielska’s, including the earlier birth date. But he adds one important piece: Hypatia’s contributions to mathematics.

Deakin does a great job of looking at the sources and piecing together the clues to Hypatia’s work. Even a non-mathematician can follow his arguments and have a clear understanding of what she did or didn’t accomplish. He very considerately puts the more arcane mathematical discussions in his appendices, letting us choose how much we want to delve into the minutia of the Greek alphabet, and its relationship to numbers and long division. None of Hypatia’s writings on philosophy survive, but there are some slim clues to her mathematics and Deakin pulls them together for us.

In summary, I liked both books. Taken together, they give a fuller picture than either alone. Dzielska adds the literary tradition and Deakin the mathematical. For anyone wanting the whole picture of Hypatia, Lady Philosopher of Alexandria, I’d recommend reading both.

In 2011, I took an uncomfortable bus from New York City to Washington D.C. to see Dr. Maria Dzielska speak at the Polish Embassy on Hypatia of Alexandria and get my copy of her book signed. It was fun and illuminating. Here’s her presentation:

Hypatia: Her Life and Times

Print book and eBook now available in all digital formats. 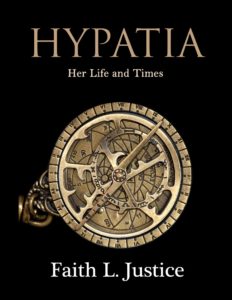 Like most bloggers, I obsess over my “views” and track which articles are most popular. Hands down, anything about Hypatia draws the most readers and generates the most discussion. As a favor to my readers and Hypatia fans, I put all the material in one place. This article and many others from this blog and guest posts on other sites are now collected in eBook  and print versions (buy direct or order from any online or private bookstore). If you feel you can’t afford the $2.99 for the eBook, contact me through this website and I’ll send you a free PDF copy. Check it out and let me know what you think!