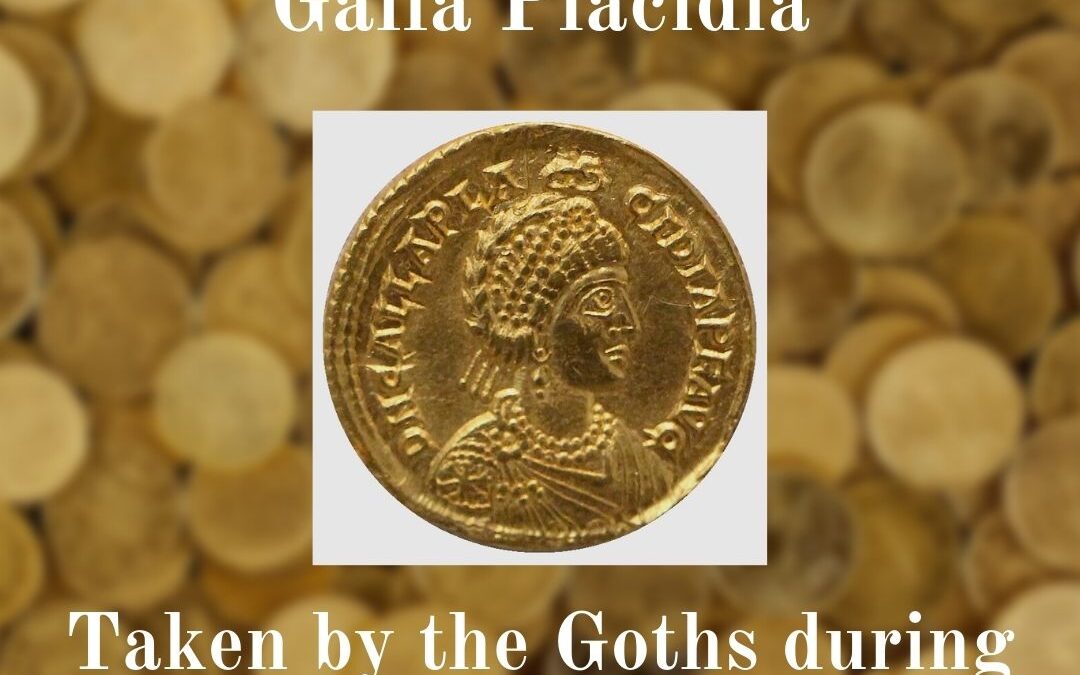 Taken by the Goths during the sack of Rome. 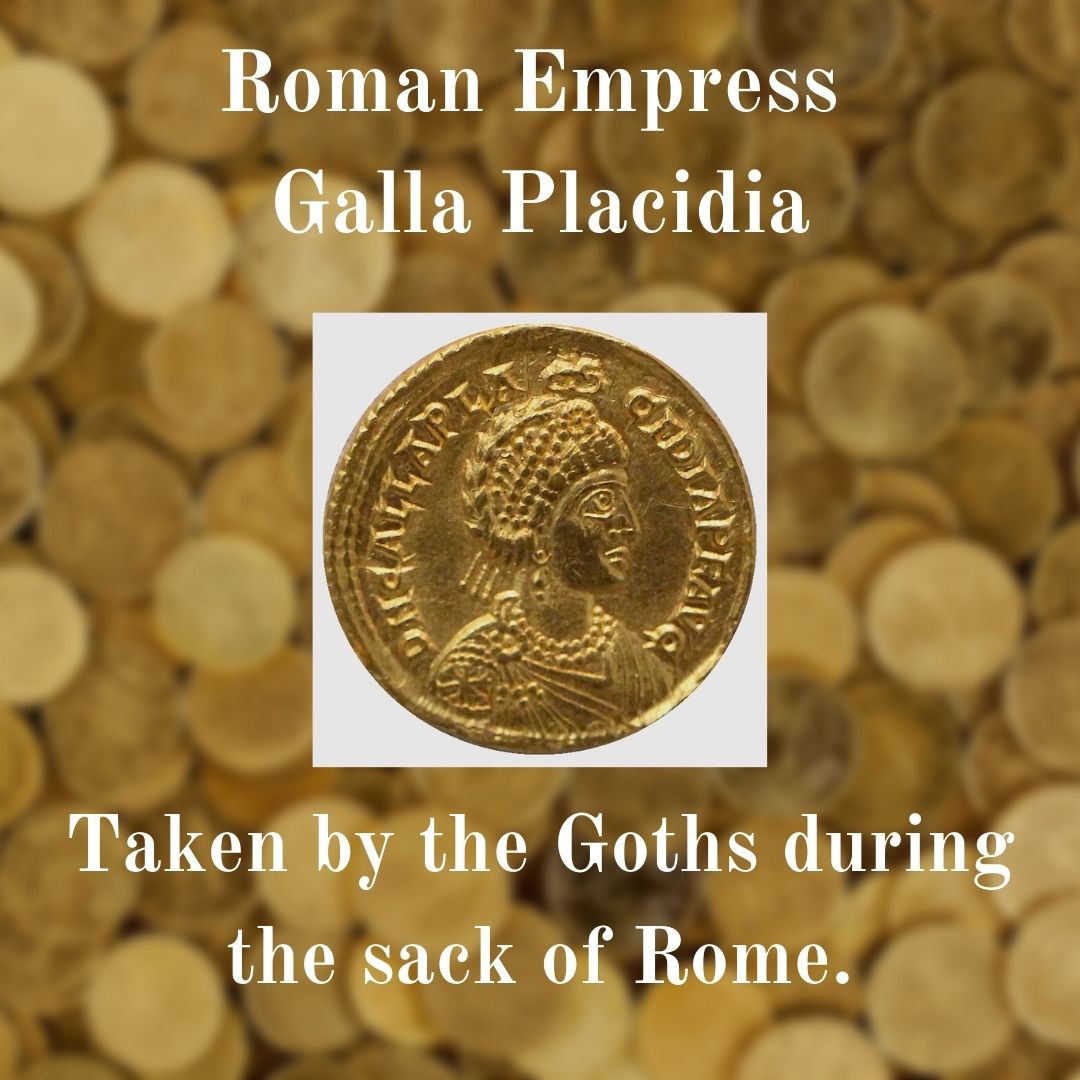 The sole surviving child of Theodosius and Galla, Placidia led a storied life which I chronicle in my novel Twilight Empress. Because I cover her adulthood in my book, I’ll just provide the bones here and fill in with information that I had to cut from the novel for brevity. One of the first things we learn about the little princess is that her oldest brother Arcadius was jealous. OR that the nobles and eunuchs who surrounded him didn’t want the Empress Galla in charge of her weak-minded stepson.

When Galla brought her infant daughter Placidia to Constantinople while Theodosius was on campaign, she clashed with her stepson and ended up leaving the imperial palace for a separate residence. In spite of Arcadius’ dislike, his father doted on the little girl. He provided Placidia with her own palace and gave her the title nobilissima puella (“most noble girl”—the closest Roman title to princess).

Her father also made sure Placidia rode in a procession with her brothers, who were named co-emperors, wearing matching cloth of gold and a radiate headdress, showing the people of Constantinople that Theodosius felt his daughter equal to his sons in worth and affection. The historians claim that Arcadius continued to hold a grudge against the little girl and she did not return to Constantinople after her father’s death in 395. She finally returned when she was an adult with children of her own. That rift between the oldest son of Flacilla and the daughter of Galla continued for many decades until it was resolved in a traditional way: marriage (see Licinia Eudoxia coming up).

Orphaned as a young girl of six or seven, Placidia and her brother Honorius were taken into Serena and Stilicho’s household where they were educated in traditional Roman and orthodox Christian values. Some historians believe that during this time Placidia came to resent her cousin/foster mother, feeling that Serena shunted her aside. We have no direct evidence of this, only the fact that Placidia did sign Serena’s death warrant in 409 when the barbarians were at the gates of Rome. As I mentioned in the Serena post, I propose an alternative motive in my prequel Becoming the Twilight Empress.

Gothic King Alaric and his brother-in-law General Ataulf laid siege to Rome three times in three years and Emperor Honorius did little to help the city or his female relatives residing there. Finally in 410, the Goths entered the gates in triumph and took Placidia hostage for the next five years until she married Ataulf in a lavish imperial-style wedding. Ataulf had become King upon Alaric’s death. Supposedly it was a love match and Placidia bore Ataulf a son named Theodosius who died in infancy.

The couple sent gifts and pledges of loyalty to Emperor Honorius, but he rebuffed them. He sent General Constantius to bring his wayward sister and her upstart barbarian husband to heel.

During the next decades Placidia—Gothic Queen and Roman Empress—would bear two more children to her second husband Constantius III: a daughter Empress Justa Grata Honoria and a son Emperor Valentinian III. She faced tragic loss, led armies, executed usurpers, and ruled as regent for her underage son all while staving off constant barbarian incursions, rebellious generals, and family betrayals. When she died in 450, Empress Placidia was buried in the family mausoleum on the site of the old St. Peter’s Basilica, next to the tiny silver coffin of her first-born, the son of her great love King Ataulf of the Goths.

Coming up next: Empress Maria, Placidia’s cousin and sister-in-law.